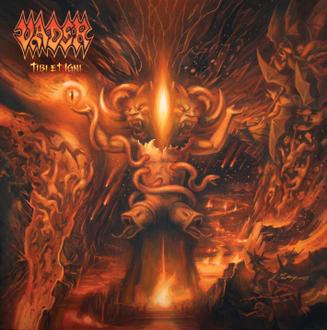 Polish death metal giants Vader enter the summer release chaos with Tibi Et Igni—meaning “For You and Fire” in Latin. Tibi Et Igni isn’t a bad album, though it struggles quite a bit. Most songs lack the luster of the past. Losing two great drummers in a band where drumming has always been a huge factor feels like a large drain on the death crew. A good chunk of the songs seem to go through some regular motions and are also abruptly short—so the new album here seems to bear the weight of whether or not the strong songs can carry the record over the weak ones. “The Eye of the Abyss” is highly dynamic, “Triumph of Death” is catchy as hell and “The End” makes a great album closer. In the end, the fans will decide this record’s place in death metal history. –Bryer Wharton