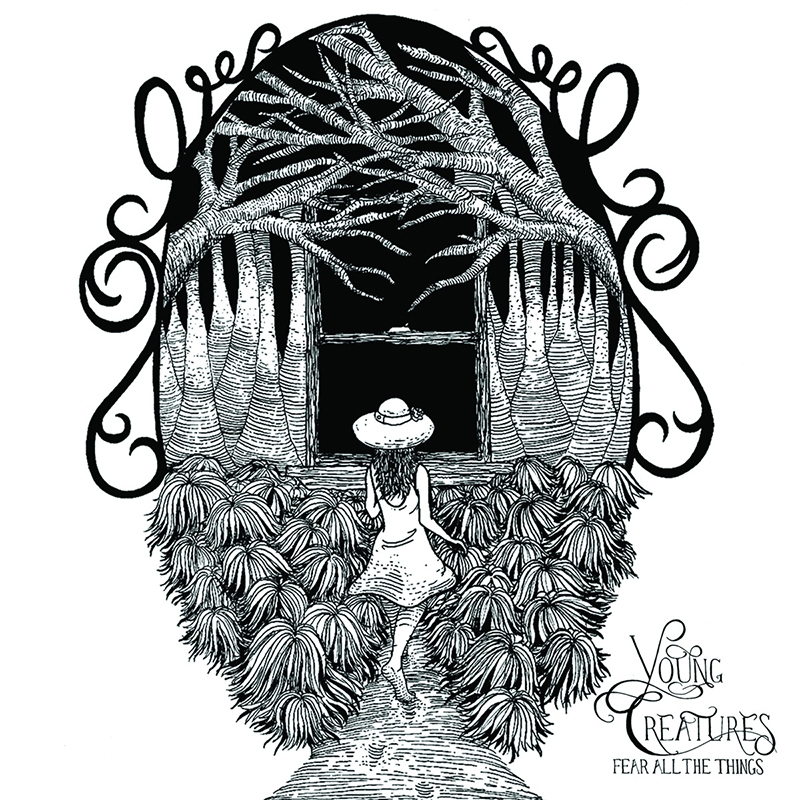 Young Creatures
Fear All the Things
Self-Released
Street: 09.30.14
Young Creatures = Death Cab for Cutie + Surfer Blood + Vampire Weekend
There is always room for more upbeat psych rock in the hearts of those passionately searching for something other than the spoon-fed nonsense rattling around the radio these days. Congratulations, Young Creatures: your album Fear All the Things is not only fun, it’s complex and entertaining to boot. What was once kicked around as an idea between a few bandmates has become the fantastic rollickings of an impressive first album. Each track takes you further along a path, but the destination clearly depends on the individual. You will feel cheerful, happy and perhaps a bit of sun might dawn your moody head. Fear All the Things is a repeatable album and grows on you till listening to something else becomes oddly unsettling. I suggest a ride home after a frustrating day to take in this gem, sit back, roll down the windows, and get the sunny hell out of fucking dodge. –Benjamin Tilton
Photos: