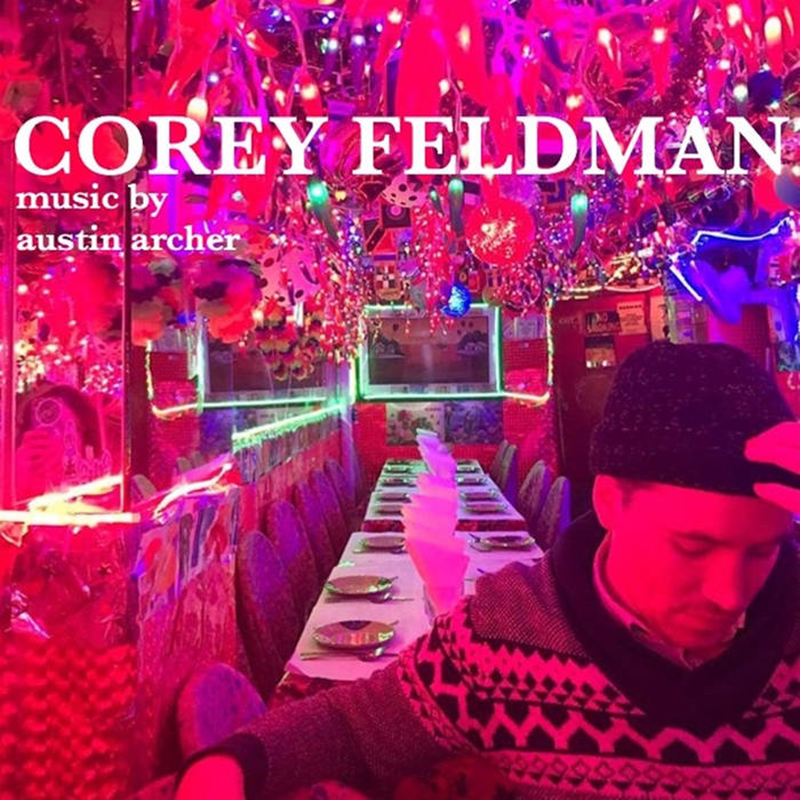 Austin Archer is a hidden folk-rock gem in the local scene. Archer sings and plays all the instruments on his recent release: Corey Feldman, a 12-track album in which he is a one-band man who creates poetic, relatable music. With the self-in-home recorded album, Archer pays tribute to the passionate Corey Feldman and his viral Today Show performance.

The album starts with a song simply playing parts of an interview with Feldman on The Talk, while “Interlude (Corey’s Angels)” is another recording of post–Today Show performance interview with a passionate Feldman. Like Feldman, Archer shares a similar passion for creating music. Although the two are completely different in style, Archer relates with the passion to pursue and express your authentic self through music.

Early on in the album, “I Stay Anyway” layers with soft, repetitious acoustic chords and a quick shift in a few high notes, perfectly paired with a slow, subtle kick drum. Archer steps in with funny and relatable lyrics about the inevitable things we continue to do: “I hate alcohol, I hate booze / I hate hangovers, I hate losing / Memories in my glory days / But I’m not on medication,  so I drink anyway.” The chorus contains a quiet clapping, driving in the folk nature of the song.

Archer flexes his versatility with “In Sacramento,” which leans more towards the “rock” in “folk rock.” The song begins with a catchy rhythm on the electric guitar and drums and punk folk vocals, holding onto single notes, before breaking into an energetic scene on the electric guitar. The acoustic guitar slides its way in, adding a little mental acoustic atmosphere to the song.

“When You Went Away” is a happy-sounding sad song. This track begins with Archer saying, “Hey can I call you right back, I’m recording a song,” before playing cheerful and upbeat piano chords, with his vocals in the foreground singing, “You should know / This ain’t my first rodeo / I understand it gets better with time / I just miss you / And I’m pissed off to no end / Pissin’ and moanin’ ain’t helping to get / This weight off my chest / Or that smile off your face.” The songs are self-recorded, captured in the raw kind of way that sounds perfect on vinyl.

While mostly folkrock, Archer throws two electronic-pop songs to conclude the album that are stylistically different, with synthesized effects and the electric piano. On the track “Corey Feldman,” he shifts from pop to punk folk vocals and slow, heavily strummed notes on the guitar in the latter half of the song, singing, “How do I know if my friends ain’t full of shit / I’m not a pop star / I’m not a rock star / I haven’t had a single song that’s gone legit.” Archer captivates the punk-rock, DIY style while also being able to slow the beat and play with sentiment and ease. He has an uncanny ability to write versatile folk-rock songs on both sides of the spectrum in a genuine and charismatic way. –Lizz Corrigan