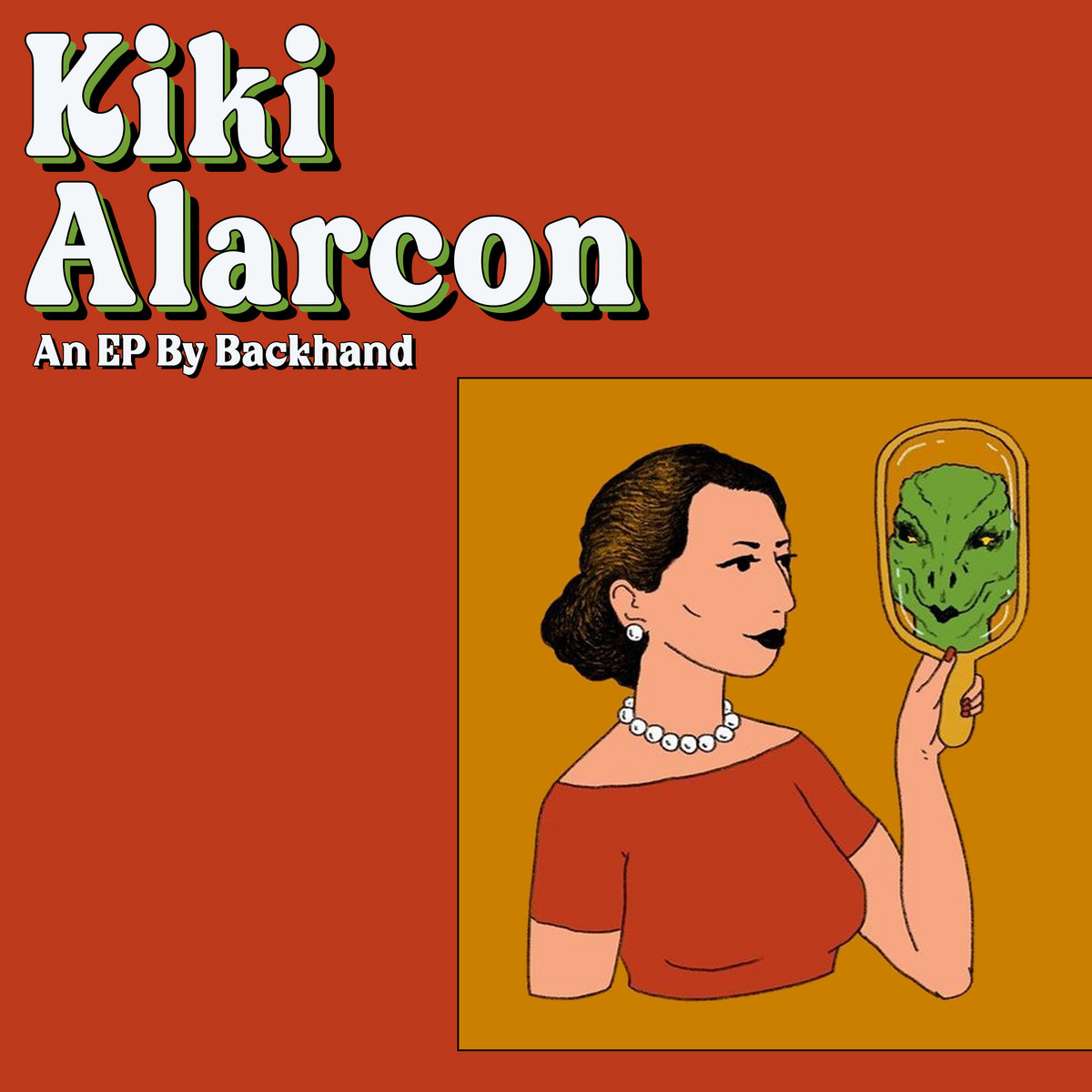 I’ll go ahead and make the prediction that Backhand is going to get their music licensed for something big pretty soon. So much of their new EP, Kiki Alarcon, screams intro-music-to-a-bad-ass-tv-show that some clever music supervisor is bound to take notice of sooner rather than later. The project’s opener—“Sleepsweat”—sounds like the intro to Bam Margera’s next televised event, Phil Margera and the ghost of Don Vito included. The dry guitar tracks and distorted vocals providing the cinéma vérité aspect of said event. Halfway through the song, the guitar gets lathered up with a univibe effect that makes it sound like it wants to puke and laugh hysterically afterwards.

The band proceeds quickly into “Future Milk,” which has an opening riff that is as effective at forcing you to ugly dance as any riff in the James Murphy catalog. The EP continues on exploring this palette of jarring sectional shifts, groovy drum beats and high intensity vocals before settling down to take a breath on the fifth track, “Grean.” This track opens with a sweet guitar arpeggio and fatigued vocal delivery before settling in and slowly ramping up the intensity again. Once they’ve caught their breath, the band closes the record out with “Slips, Falls” which serves up a similar energy level to the record’s opening.

Kiki Alarcon achieves a cohesiveness that is often difficult for new bands to do without the songs feeling redundant. Everything feels connected, but each track contributes something new, and nothing ever feels superfluous. Backhand really milks what they’re able to concoct with a minimal pantry of sounds to choose from. There aren’t many production tricks or fancy gear holding things together here—just a lot of energy, creativity and wit.

This record pairs well with thrift shopping and/or walking back home late at night after a few too many drinks and thinking about maybe finally giving those Bird scooters a shot. And then not being confident in your ability to keep those aforementioned drinks down for the ride, so you abandon that idea and keep on wobbling home. –Arcadio Rodriguez