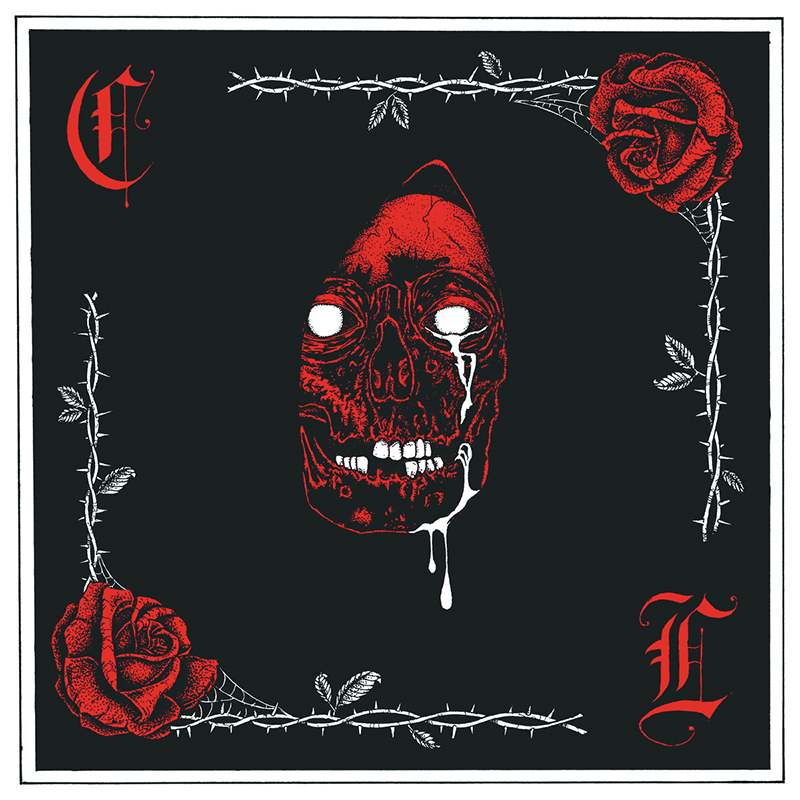 Cult Leader are one of Salt Lake’s most dynamically heavy bands. Ever since they unleashed themselves into the music world out of the ashen remains of GAZA in 2013, they’ve earned the respect of an often derisive fanbase and proved time and time again that they can transcend musical territory while holding onto their roots. With every release, they’ve upped their game by mixing a collective output of manic riffs and off-beat drums to noisy chords and crawling rhythms that warrant the hardcore, skinny-guy guttural growls. Cult Leader’s sound has a constant flow, and their second full-length record A Patient Man is the living, breathing proof of a band not beholden to what is considered safe.

The album hits the ground running with “I Am Healed,” striking with chaotic drums and dissonant guitar breaks. After penetrating for a solid minute, it descends into some slamming beats while the guitar chugs away and Anthony Lucero screams “Heal Me!” Most of the album follows suit with the impulsive, off-kilter percussion and discordant metallic riffing, but Cult Leader’s constantly updated dynamics keep any repetitiveness at bay. “Isolation in the Land of Milk and Honey” offsets the first noisy two-and-a-half minutes with more somber, melodic tones. They melt the two halves of this track together with down-tuned chords that carry out the rest of the song while maintaining the same intensity. This serves as a precursor for the slower, dismal tone that the subsequent tracks that follow.

“To: Achlys” boasts the softer ambience that Cult Leader have proven that they can achieve—not dissimilar to their Mark Kozelek cover of “You Are Not My Blood” from their Useless Animal EP. Continuing to break up the album’s rampant insanity, the somber tone bleeds into their next brooding epic, “World of Joy,” riding off of Lucero’s soaring bass drawl. It doesn’t take long for them to jump into their erratic output again—“Craft of Mourning” lays down serious blast beats carrying atonal riffs that peer into death metal territory. “Share My Pain” throws together a mixture of intense grooves and thrashing riffs that are too irresistible not to headbang to.

The title track pulls back to the softer territory—a slow-burner, to say the least— but it has a continuous, unnerving aura, like something is about to go horribly wrong though never does. “The Broken Right Hand of God” is Cult Leader at their doomiest—Lucero growls through his hardened trachea as sluggish riffs and broken chords build into a crescendo, letting each note breathe between strums. The track doesn’t really seem to end. It feels like it stops and then fades away—like someone who was alive just seconds ago is now dying in front of me before they could finish their sentence. As the decibels fade and the album draws to a close, it feels like the unwavering call of the void was translated into this album.

A Patient Man takes you on a journey. It feels like the score to a mind constantly at battle with itself—which is not only showcased in their sporadic musical output but also the slower tracks that break the album’s pace. It left my expectations twisting in the wind. This is a massive album and, suffice it to say, I can’t find anything bad to say about it—the pacing and delivery of each note and beat feel entirely in place. Let the leader guide you through their world and submit to the insanity.—Eric U. Norris