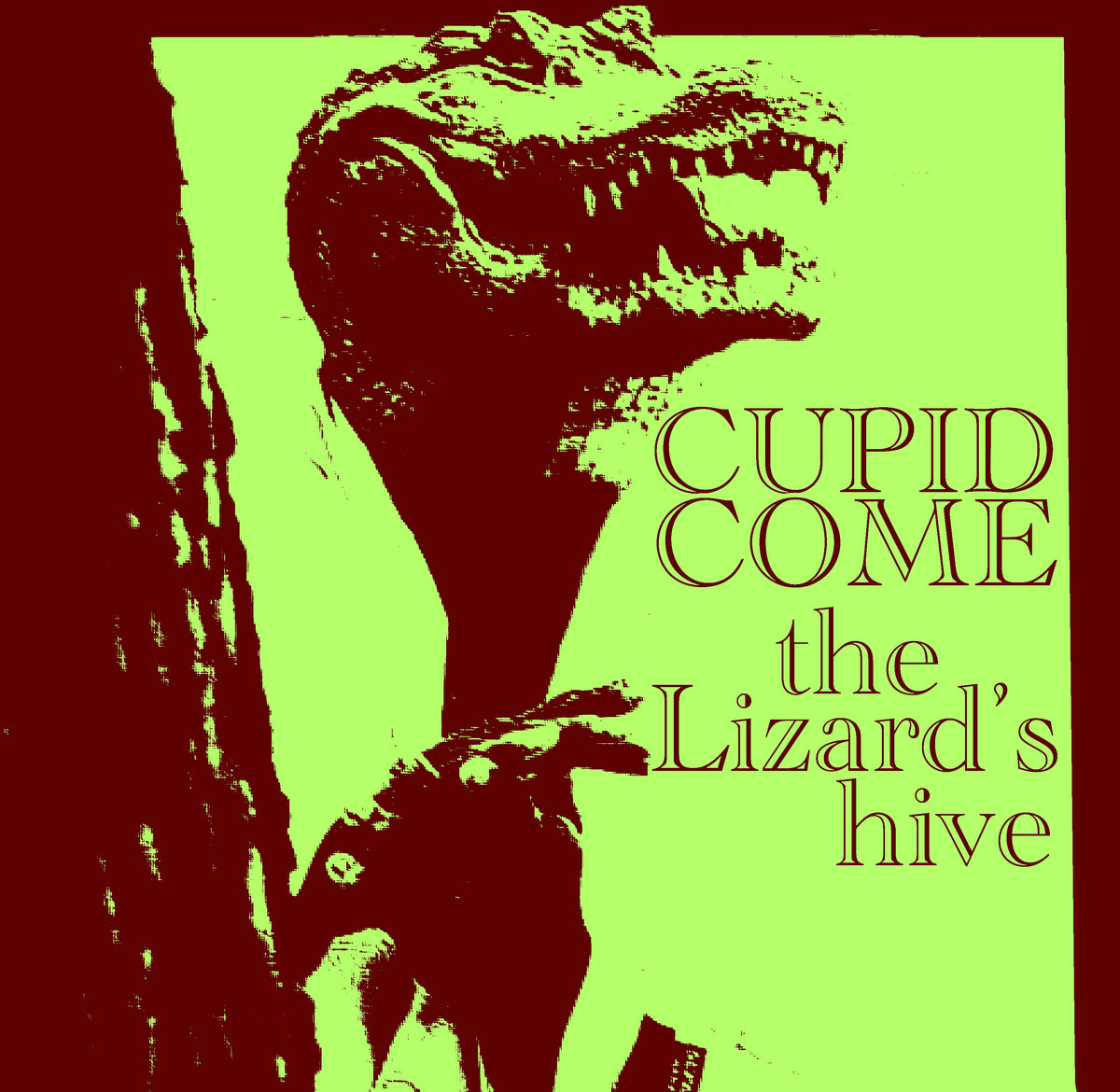 It is fitting that five-piece locals cupid come take their name from the My Bloody Valentine track of the same title. When “Cupid Come” was released on the 1988 album Isn’t Anything, it was celebrated for its innovative guitar work and is now considered to be central to the origin of dream-pop. 32 years later and on a different continent, cupid come have released a set of recordings that is the direct offspring of its influences. Lizard Hive is a testament to the boundless impact through time and space that is possible in music.

Lizard Hive is made up of six tracks, four of which are variations on the title track. The first of these starts up with some poppy distortion that perfectly echoes many moments from Isn’t Anything. A dingy melody flows over the click of the drums, and the addition of synths and lethargic crooning adds up to a palpable hypnotic haze. Many of the lyrics are indiscernible, but the lo-fi production and waves of rowdy guitar solos are a clear mandate to unleash yourself and dance however you feel like it. Moreover, there are themes of non-conformity and refusing societal pressure in the closing line: “Everyone in this town is a fucking lizard living in a hive.”

Across the album, three more versions of “Lizard Hive” feature experiments with click machines and vocal distortion. On one iteration, “Die, Lizard Scum! (Indridc0ld),” the vocals sound as if they were recorded through one of those blue plastic sound-changer megaphones set to the “monster” setting. In the latter half of this track, the fuzz from the guitar combines with frantic screams that suggest a very real verbal dispute. It’s a grungy outbreak of pure noise.

“Reptilian” marks a shift into a more industrial framework. A clattering drum break repeats itself while some anxiety-provoking distortion infects the track with a sound that resembles a forklift backing up over a pile of rusty steel. A woman’s voice recalls a traumatizing interaction with a seven-foot-tall reptile creature. The suspense resulting from the composition will speed up any listener’s heartbeat.

Lizard Hive culminates in a surprisingly true-to-the-original cover of “Goodbye Horses” by Q Lazarus. This often covered song, made famous by Buffalo Bill’s creepy self-love moment from Silence of the Lambs, is given the shoegaze treatment by cupid come. On an album with nightmarish qualities, this cover exists as a pleasant dream.

For fans of My Bloody Valentine and the tradition of obscured vocals and ethereal feedback, Lizard Hive will be a nostalgic pleasure. It is available now on Bandcamp and other streaming platforms. –Austin Beck-Doss