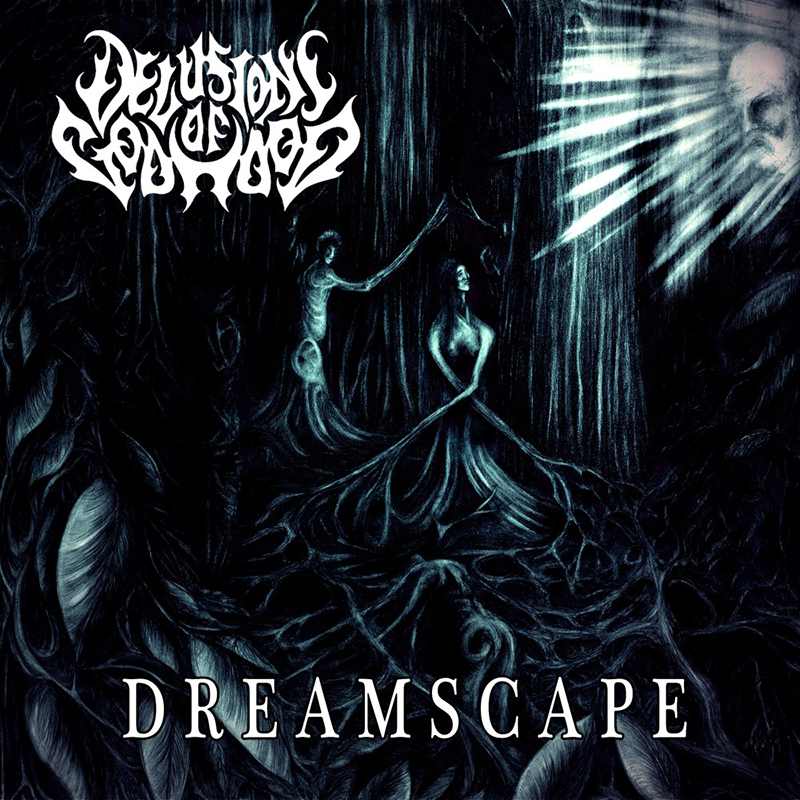 Dreamscape is an unapologetic tribute to mid-’90s European melodic death metal—the sort of debut album that emanates the promise of greater things to come. The guys behind Delusions of Godhood evoke far more than nostalgia for a seemingly bygone era of metal, instead building and improving upon the formula with a barrage of powerful riffs and fresh melodies. “No Escape” sounds like it could have been an early Kalmah demo track, while “Egocentric Imperium” unveils a stunning and memorable chorus. Nick Zmyslo’s guitar sorcery is a force to be reckoned with, summoning up a brilliant mix of melodeath influences into a coherent, unique style. Meanwhile, Connor G. Carlson’s harsh vocals are damned impressive, ranging from deep, half-sung croaks to mid-range gurgles à la Mikael Sandorf. All that said, Dreamscape is still a little rough around the edges, its songs running a bit long and suffering from a frustratingly inconsistent mix. However, this is nothing that a few years of experience and a professional producer couldn’t iron out. Frankly, I’m impressed with the quality of this dramatic entry into the SLC heavy metal scene, and I can’t wait to hear more from this talented group. –Henry Glasheen