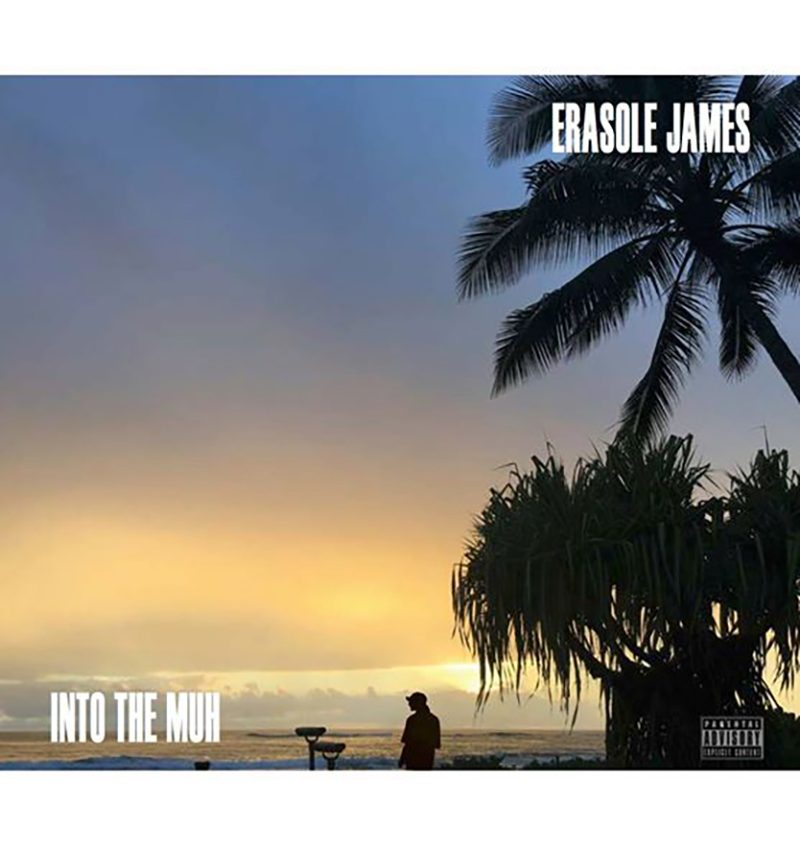 Erasole James
Into the Muh

Erasole James is a talented, up-and-coming-rapper from the Salt Lake City area and a member of the Dine Krew. James recently opened for August’s SLUG Localized showcase and is a very active part of the Salt Lake City rap scene. His newest album, Into the Muh, showcases what James is capable of and the talent he has as an emcee.

The lyrics throughout the album are strong. James’ meter is constantly varied, and he uses complicated rhyme schemes well. The song “Dirtys Back” has some of the most refined lyrical structure on the album. James raps, “Sore throat so I pop lozenge, hip-hop head noddin’ is not stoppin’. / Too fast rather write than eat / You’re mad things I do first you do last.” Obviously, James has honed his skills. The use of multiple rhyming patterns in one set of bars is impressive. It keeps the listener wondering what will come next.

Many songs in the album barely touch the three-minute mark, but James is still able to get his point across. He uses every bar, and he growls his way through many tracks, using a low-key tone of voice and cadence. Still, there are very few parts where his rapping seems to lag behind the beat. Songs like “Over 9000” have hyphy production, but James is able to stay on top of it.

James does not embellish—he raps about what he knows and has pride for his work and Dine Krew as a whole. He displays well the good and the bad parts of life in this album. Each song is produced in a different style. Most of the beats are downtempo with an old-school flavor. There are a lot of jazz sounds and piano riffs, which are beautiful and bring a melodic contrast to James’ voice. Songs that stand out, however, are those that are made with more modern-sounding beats, such as “Wasabi Flavored Lean,” which combines Eastern instruments and trap beats that are enticing and well made. Still, as a versatile rapper, it seems that there is very little that James can’t rap over. Into the Muh is most definitely worth a listen for anyone who supports locally made music and is a fan of well-crafted hip-hop. –Taylor Hartman