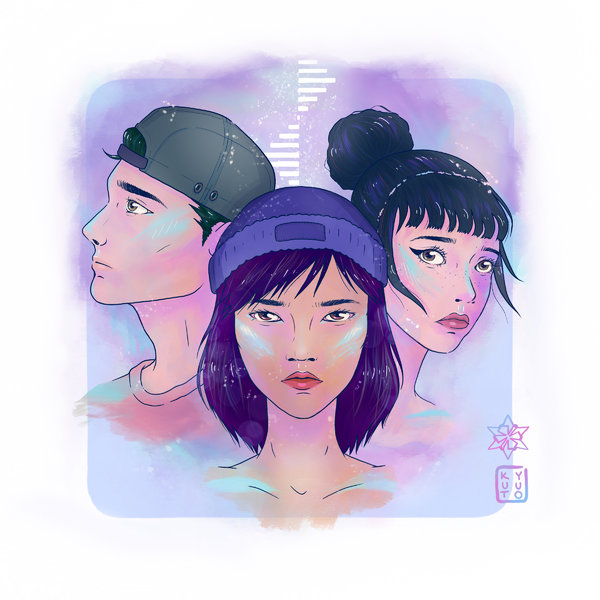 Flakes | A Stairway in the Sky | Self-Released

Local Review: Flakes – A Stairway in the Sky

Flakes
A Stairway in the Sky

After four years of dropping high-key, down-tempo bangers on SoundCloud, Flakes has dropped their first full length album and it does not disappoint. Their past music excelled at creating atmospheric, almost cinematic listening experiences, and A Stairway in the Sky is no exception. This album floats in with “Hakiwona” beginning with a gentle piano progression accompanied with sounds of nature before a quick burst of harp all fade away. Eventually, a dramatic synth buildup climaxes with a bass boost that ends as quickly as it arrives.

Much like its various featuring parts, “Hakiwona” turns off with a switch, allowing “Watercolor” to build in and hit with a groovy beat. The beat breaks building atmosphere allow for featured singer Kyuuto’s vocals to take control. Next is “Bumblebee,” a bouncy track with lyrics about filling that void of missing out. The track “Frontier” continues with its bubbly vibes, all to switch to a gloomy slow sound and acting as an interlude. “Ruined” once again features the beautifully calming voice of Kyuuto. The following tracks, “Pale Flames” and “Alice,” both play on a more pop-sounding vibe, with the former featuring both Kyuuto and Kaiiak, and the latter featuring Kyuuto and the guitar rips of Maroon Valley.

A Stairway in the Sky shifts into its last leg with “Visions,” which kicks off with a slow build that continues with a dark beat and dreamy piano. It all explodes into a break of subbass, synth and harp cords. As “Visions” fades into “Blackwhite” and the silence is broken, subbass, high-hat rips and a synth riff build with a chaotic harmony of synth, bass and 808s. Flakes closes the album with “Infinite,” creeping in with hand drums and plucking string instruments. These sounds are soon accompanied by a thumping bass that builds until a drop adds even more bass. “Infinite” fades out the same way “Hakiwona” faded in quietly, with gentle piano progression and the sounds of nature.

Flakes has brought us a masterclass of dreamy and atmospheric electronic music. Words can give you an idea, but this is an album that should be heard and experienced to get the full effect. Be sure to give Flakes a look—A Stairway in the Sky should be in your rotation. –Connor Brady