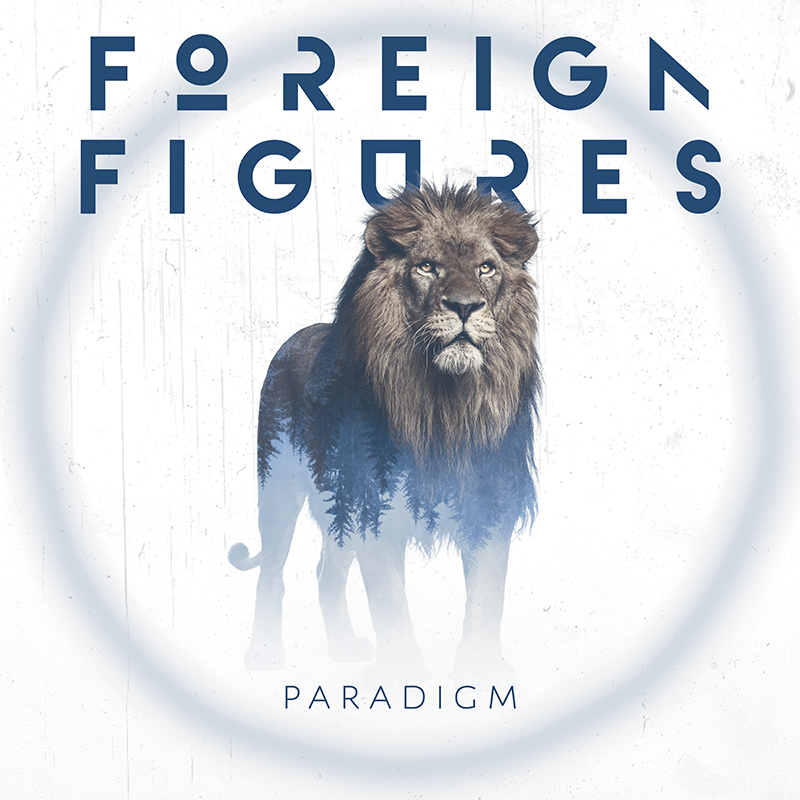 Taking a step forward from their electronic-heavy Come Alive EP, Foreign Figures have eased their first full-length album, Paradigm, into Utahn ears, just under two years from when the Orem-founded band popped into the local scene.

Eric Michels’ vocals sound crisp and sultry and had three gentlemen outside my car dancing when I played it. The song that I was playing was “Stay,” when one of the gentlemen told me “Cheers” with his illegal outdoor beer. Jonny Tanner’s guitar work is catchy pop brilliance, so I can’t fault my friends’ enthusiasm for the undeniably magnetic tunes. In “Seasons,” Steve Michels’ perfectly timed drumming lends itself to the collaborative effort that sets Foreign Figures apart from much of the local scene. With so many bands trying to be different, it’s encouraging to hear this group united in the orgasmic pop they create together.

“Force of Nature” sends me into a dreamy romantic orbit with slow, progressive guitar scales and choruses fueled by Eric’s ambient vocal stylings. Listening to it in my car feels like a journey into the heart of sound. Each song on this album has the tendency to build, and this track is the culmination of all those efforts. As soon as I’m singing along, I notice I’m in stupid, stupid traffic, and the toddler in the car across from me is showing concern for my vocal whereabouts. (I secretly believe the reason that Utah has such good lead singers is our adapting to hours spent enduring traffic.)

I switch the song to “Fearless” because I need Seth Dunshee on bass to transform this idle happenstance with the anthem-like glory of this song. “Alarmed” is my album favorite, and it plays like U2 and Cold War Kids had an adorable baby—so engaging, I almost miss my exit.

As an album, Paradigm plays like the best summer you’ve ever had, which is why it’s so important: because adults tend to forget about that. It’s thundering pop one minute and an emotional catapult the next. A ride from point A to point B can be ordinary or completely freakin’ magical; I choose magical. You should choose magical, too, with sprinkles … easily downloadable Foreign Figures sprinkles. Enjoy. –Benjamin Tilton