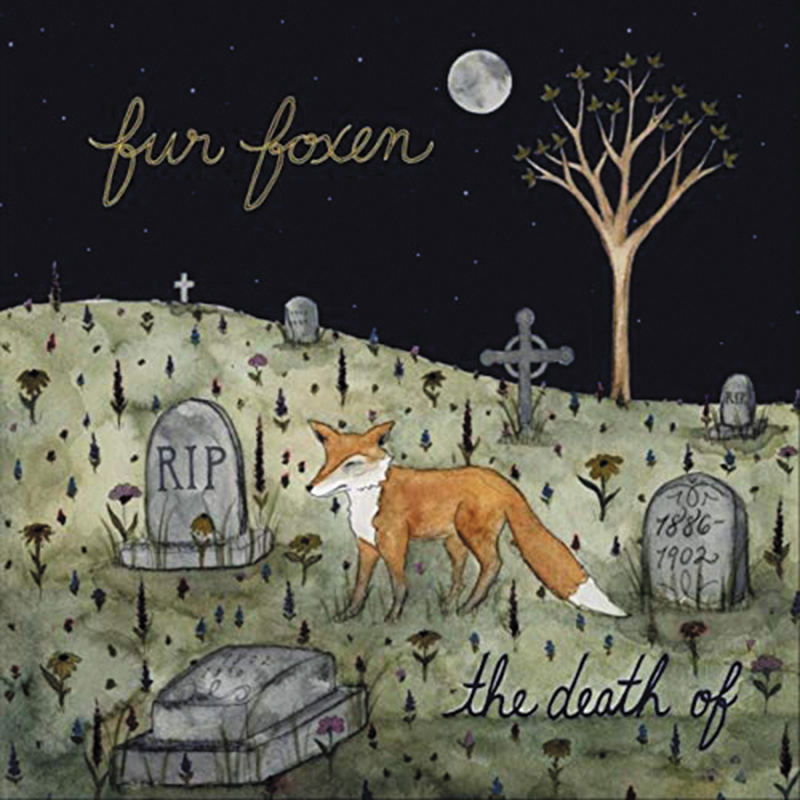 Fur Foxen | The Death Of | Self-Released

Fur Foxen
The Death Of

“Better Death” and “Come Moonshine,” as the great majority of their tuneful cohort, offers a simple guitar tracks with female vocal collaboration from Pearson. Lyrically speaking, Fur Foxen is evocative and antiquated with the traditional nature references and Southern, bluesy cultural vibrations alongside morbid imagery and an undercurrent of solemn resignation, especially notable in “Fault Inside,” “Murders and Metaphors” and “Mr. Brown’s Funeral.” One might imagine Fur Foxen being an apt fit for the patio set at a coffee and beignet café just off Bourbon Street on a cool night.

“Huckleberry Wisdom” takes string instrumentation to new heights with a dissonant opening and strange sliding notes. Second-to-last track “Until The Moon Hides” brings a clean electric guitar, displaying Person and Darland’s skills for the classic and the unusual intermingling. Darland’s vocals are clean and crisp with moments of impassioned growls and gravelly intensity. The backing vocalist is, at times, annoyingly off pace and unrefined, though it’s unsurprising in their raw and natural sonic style.

The Death Of is a collection of existential songs perfect for a cracking fireside and the frosty air of the season. As with nature’s inevitable and ancient wintery transition, Fur Foxen provide a songbook for a solemn nod to all things that must come to an end. –Paige Zuckerman