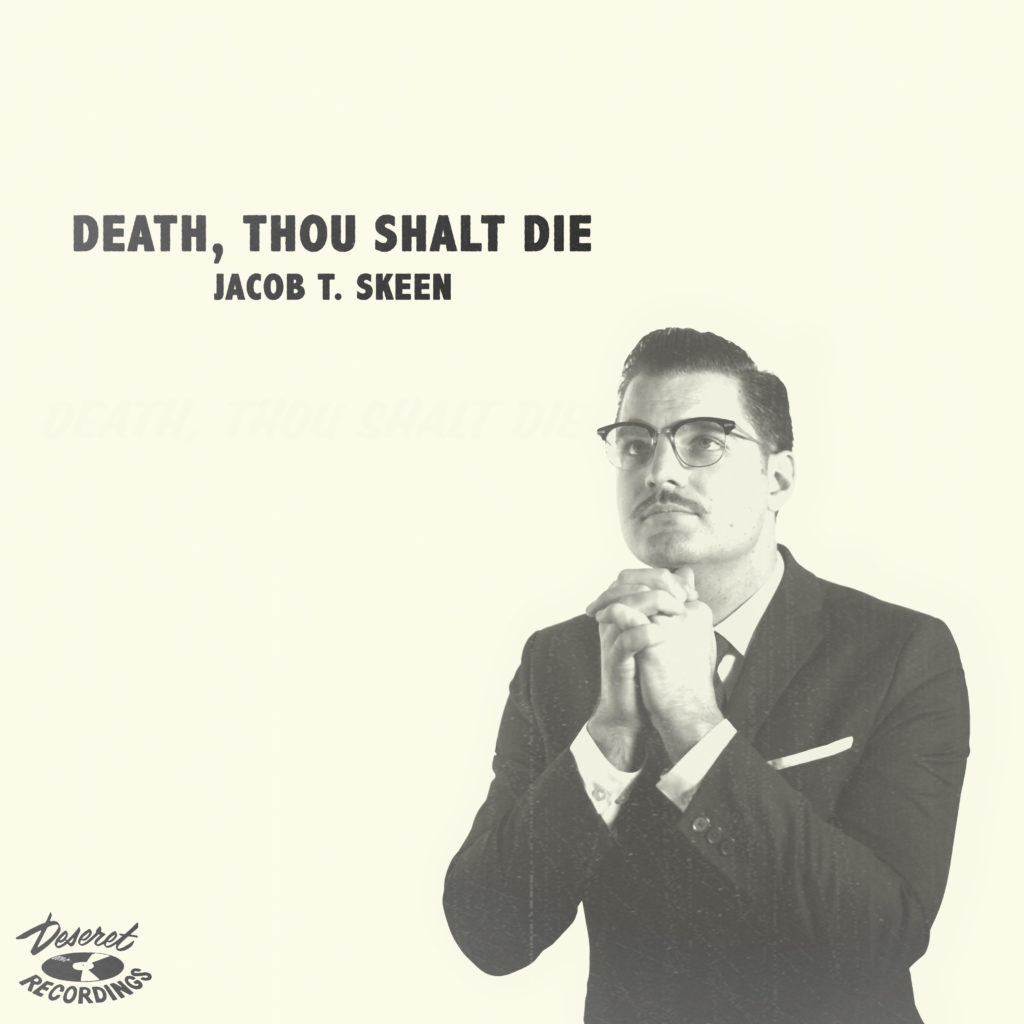 If you are looking for darkened, heavy, riff-laden blues, look no further than multi-instrumentalist Jacob T. Skeen. The new album from the one-man wrecking crew, Death, Thou Shalt Die, is exciting, well-executed and rife with talented musicianship.

From the onset, Skeen’s vocals are haunting and crooning, though also dipped in the aesthetics of grunge and impossible to ignore. The opening track, “Elizabeth Felt Payne,” conjures some Layne Staley energy, which plays out even more through the second track, “When They Lay Me Down,” along with some stylish reverb. These two songs sound wound-up in one another and made for a great intro to the album.

While a lot of what is offered is straight forward, bluesy rock n’ roll, there are some expeditions which head to different spaces altogether. “Mourn with Those that Mourn” is an instrumental trip. There are ominous keys played beneath what sounds like an old-timey saw being bent further and further out of whack while tormented just right with a bow. This track is also a perfect segue into the following song, “Desolate Home,” which sounds as though the vocals were recorded underwater—like the part from Tommy James’ “Crimson and Clover,” that you had to rewind when you first heard it, just to make sure your mind wasn’t up to no good.

There is a lot of familiarity on this album, and I feel that Skeen’s influences are similar to many of my own. It was very easy to let this play and really get into what was happening; it’s accessible, but not too obvious. The guy can straight-up play, too. As just one example, he absolutely shreds the guitar near the end of “Storehouse of Souls.”

The final track of Death, Thou Shalt Die, “Ecclesiasticus 21:10,” is a splendid culmination of everything Skeen has built from the opening moments. The reverb, the riffs, the heavy tone and the spaced-out vibes make for one hell of a send off, putting a lid on something worthy, something that sounds difficult to contain. –Billy Swartzfager