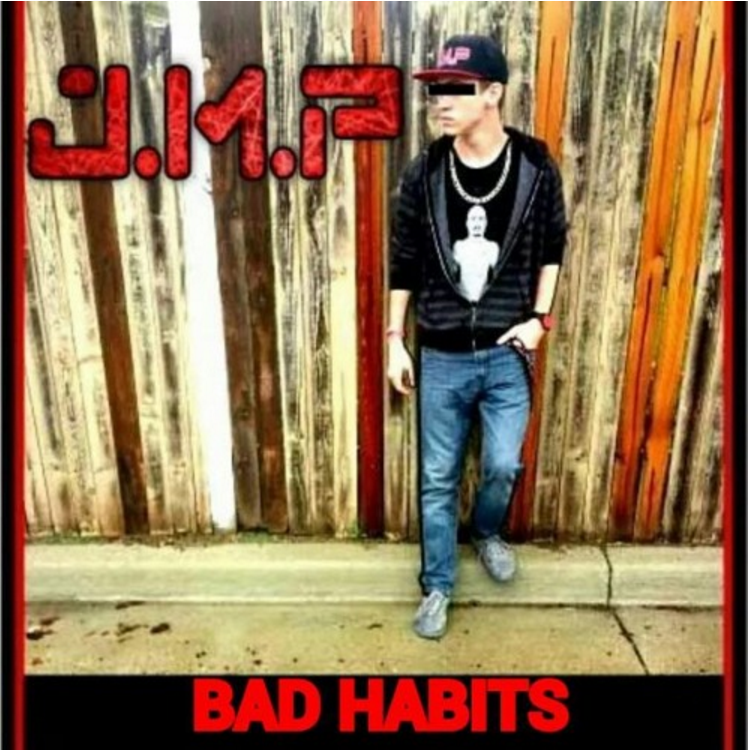 J.M.P., aka Jaron Pearson, is a young, local rapper hailing from Murray, Utah. Bad Habits is a short but poignant work that shows a lot of experimentation and promise from J.M.P. The EP chronicles the life of Pearson, a young white rapper who questions his life and his choices. Overall, both the production and the mastering of Bad Habits is strong, and it feels like J.M.P is beginning to find his voice as an emcee.

The EP follows the life of Pearson, inquiring into and validating the choices that he makes. In the title track, J.M.P uses a Houston-like, slowed-down flow that suits the subject matter of smoking weed and rapping. Overall, the lyrics in the EP are strong, although Pearson’s style jumps around somewhat sporadically. The single—and arguably best track of the album—“The Dark Side,” features a strong collaborative verse from rapper Maikon, and a catchy chorus from J.M.P. Pearson often references his angst throughout the album, saying things like, “Fuck the West side and the East coast / This is coming from my dark side / My inner works.”

Overall, the production of the album is strong, featuring collaborations from producers all over the world. “Butterfly Effect” uses interesting samples that bring old-school hip-hop to mind, and it is obvious that J.M.P derives inspiration from both ’90 rappers and newer hip-hop. Although Pearson’s flow can sometimes jump around too quickly, it is obvious that this young rapper is diving in. J.M.P is experimenting and finding his voice with every track that he creates. With the release of Bad Habits, it is obvious that Pearson is well on his way to finding his niche. –Taylor Hartman