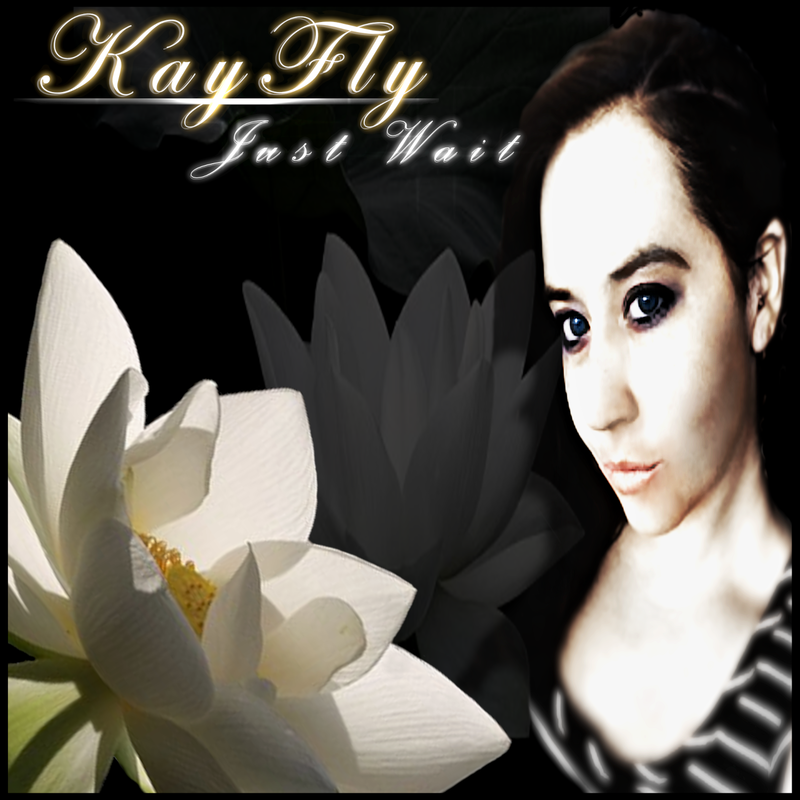 KayFly is a Salt Lake based singer-songwriter with an early 2000s sound. Her latest album, Just Wait, is a collection of mostly acoustic guitar and vocals, with a few wild cards. It tracks in a simple and straightforward genre with influences of folk and soul, specifically when it comes to vocals: Kayfly has the stylized type of folk-y female vocal leads that are sassy in her delivery and pronunciation. This stylization is an effervescent way to make a simple melody feel like a punch in the face, or like the singer is on the verge of tears.

KayFly is like “one-take-Drake.” A completely different genre, but the raw production of Just Wait gives an illusion of a house show where the listener is immersed in a cozy performance, lounging with a drink and having an intimate experience with the sound. I imagine each track as a quiet bedroom recording session in which each song was finished in one take. This creates a rustic and imperfect sound, but one that communicates the song’s emotion in a way that an over-produced and chopped up track never could. On the flip side, it also tolerates errors and audio deficiencies that can be distracting to the experience.

There is an exception to that intimate sounding experience with the last track, “Come On Down.” It’s actually a rap song that is the only one featuring percussions. There’s a simple electronic beat that’s heard under the acoustic guitar featured on the rest of the songs, but it takes listeners to a different place completely. (It reminds me of Ed Sheeran’s singer-songwriter albums that featured rap songs.) These tracks are slightly more dramatic than a traditional rap song written and sung by a rapper, and therefore, I think the term “rap ballad” would be fitting. It’s the instrumentation of a singer-songwriter track paired with spoken lyrics instead of vocals.

The element I most enjoyed of this album was the literal and explanatory lyrics. It’s become a trendy thing to have rhetoric in the lyrics, where the listener has to figure out what is being sung and think about what they actually mean. KayFly’s lyrical style is kind of the opposite, but it’s refreshing. In the third track “20 Bucks,” the opening lyrics are, “When I met you we were buying blow / We were caught up in the wrong crowd but you already know”. And the ending lyrics to this track run, “But Emily, when you took your life, you took a part of me.” It’s a come-right-out-and-say-it approach, and it feels more vulnerable than hiding behind word equations. It feels more like they’re hearing a story instead of a metaphor they’re supposed to relate to.

It’s clear that Just Wait is an album that served as an outlet to KayFly, and you can hear it in every track. The emotional connection of a singer to their lyrics is a special thing to behold, no matter the genre, class or style. –Mary Culbertson