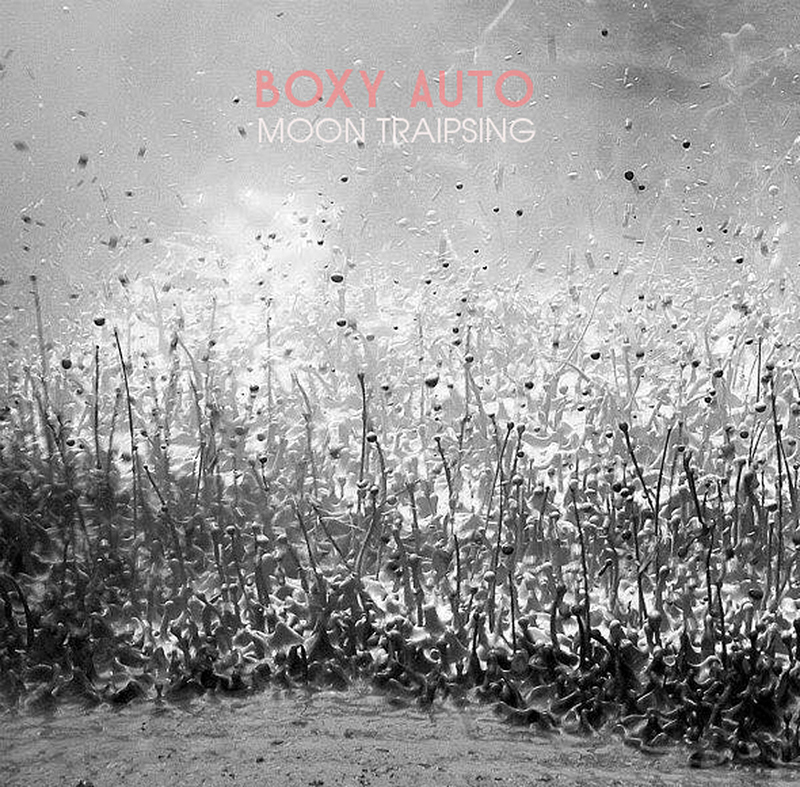 Whirling in a hypnotic daze, Boxy Auto brings a sound combining ambient white noise, distorted synth, disembodied voices and ghostly guitar. Moon Traipsing begins with a floating, dream-like synth that slowly welcomes you as it slowly fades into “Silver Yellow Starless,” a track with a haunting and slow synth intro that works itself into an electronic groove. Following this is the middle point of the album and the most energetic of the tracks, “Stasis for Two,” which kicks off with a bouncing beat, which rapidly switches directions and throughout the song adds a nice dash of distorted guitar. I was pleasantly surprised to hear through the calming aura of this album chiptune and glitch-inspired sounds in the track “Transdimensional Jet Lag.” For me, the closing song “Across the Pitch Black Sea,” makes the album, with its slow buildup of white noise that transitions into beautifully light guitar and a simple bass beat, creating an amazing sound that could rival artists such as Tycho. Though this album is a bit short, it still packs enough into each song and keeps a consistent rhythm so that you can find yourself listening to it on repeat without even knowing. Moon Traipsing is excellently produced and creates a soothing atmosphere with its spacey tracks, creeping synths and hypnotic beats, and I will recommend this track to anyone who is a fan of the works of DYE or Com Truise. Hearing artists like Boxy Auto gets me excited for the electronic scene here in Salt Lake, as they add an awesome, mellow sound in a genre that is usually a lot more energetic. If relaxing and trance-inducing electronics are your style, I recommend checking out more by Boxy Auto at soundcloud.com/boxyauto. –Connor Brady