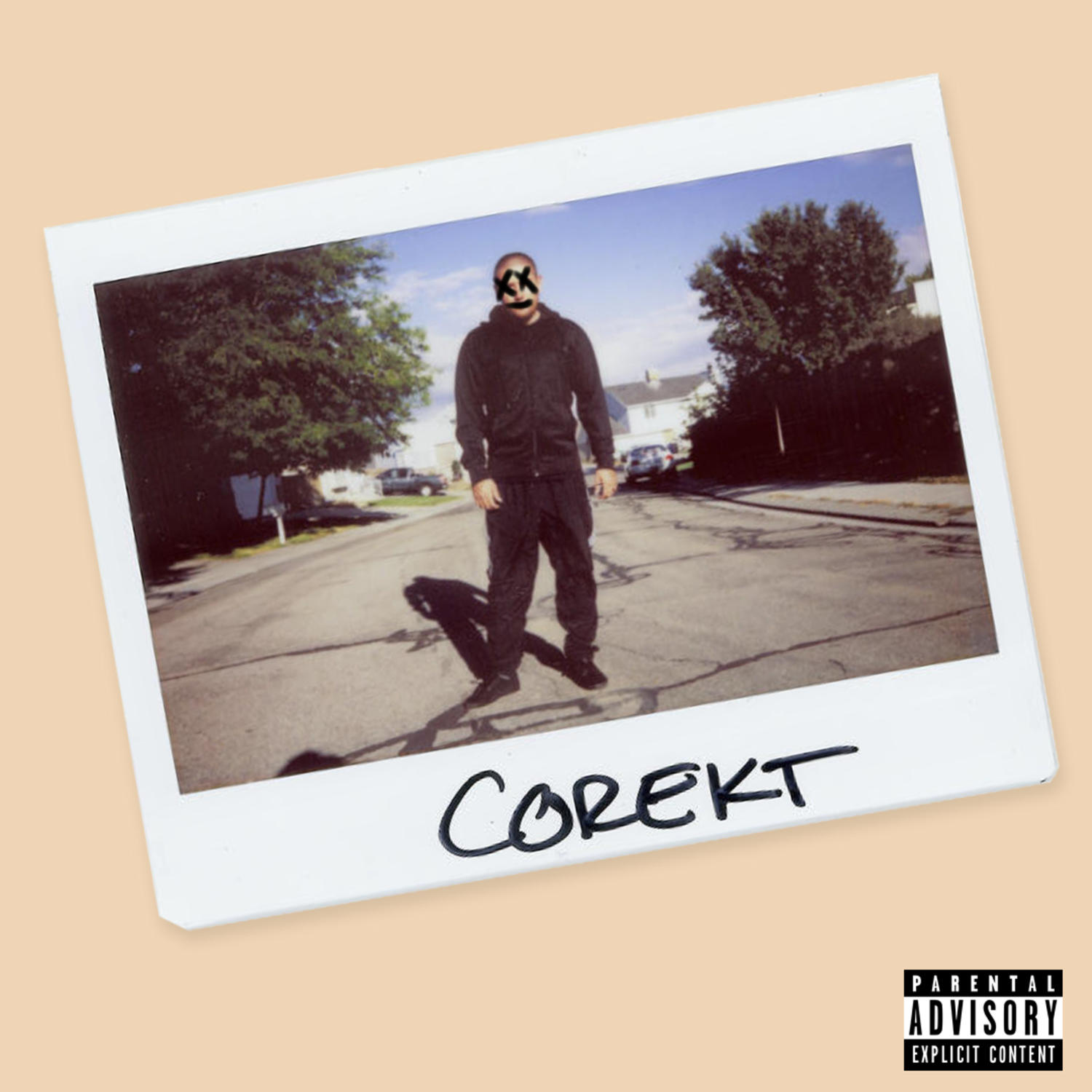 Cuddy Corekt storms the local hip-hop scene in full force with his self-titled album, Corekt. The album is eleven tracks strong, all of which stand on their own. Every song slaps in an individual and unique way, and Corekt incorporates several different styles while remaining balanced and maintaining continuity. There are multiple places in this album where one can be proud, and a little bit surprised, that a hip-hop album of this caliber did, in fact, come out of Utah.

The album as a whole has a spooky vibe to it. Tracks like “Bubblegum Rap” and “Haunted Hill” have creepy beats that slink forward and incorporate samples that sound like they came straight from the soundtrack of a horror film. The production on the album is very modern, incorporating trap hi-hats with booming bass. The mix is balanced, choosing highlight Cuddy Corekt’s voice.

Corekt is doing what many modern rappers are not doing these days. As an emcee, Cuddy Corekt is working to be lyrical and actually rap about things with substance. “Ugly” for example, is a beautiful track that incorporates female vocals, which intertwine and join Cuddy’s lyrics, centering around a search for meaning and spirituality. Cuddy raps, “Open my arms, my soul to the wind / Race for the water, I hope I can swim.” Despite the hyphy intensity of some tracks, Cuddy is able to still turn inward, a rarity and a breath of fresh air compared to what is currently flooding the rap market.

Corekt is an album for new hip-hop lovers, old-school purists and anything in between. This album is a perfect collection for hanging out with friends and going stupid hard, celebrating life with good people and good fun. Stay tuned for more releases by Cuddy Corekt, and look out for live shows in the Salt Lake area. If Corekt is any indication, Cuddy probably goes crazy onstage. –Taylor Hartman