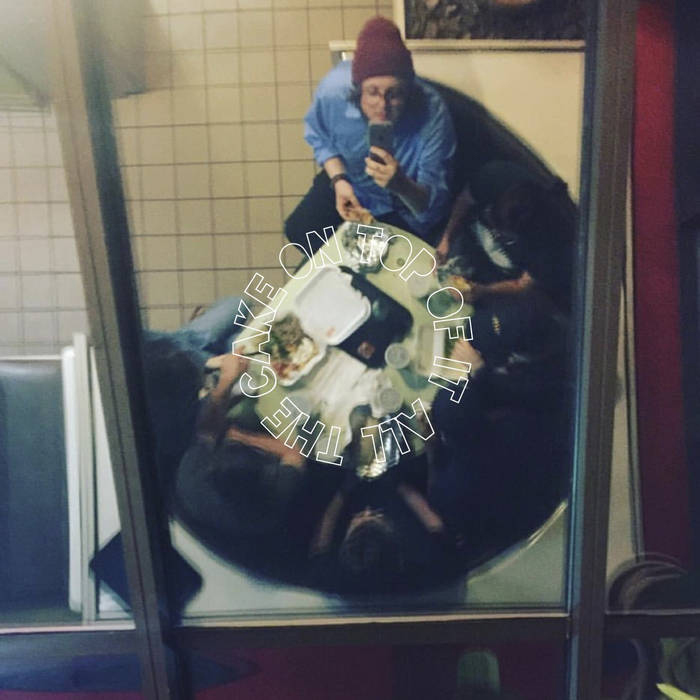 Local Review: Mini Golf – The Cake On Top Of It All

Mini Golf
The Cake On Top Of It All

Mini Golf primarily comprises local musician and guitarist Chazz Pitts, who writes, produces and performs each track, but often collaborates with other guitarists. Mini Golf’s latest, The Cake On Top Of It All, is a short, three-track, indie-acoustic EP.

The album opens with a track titled “How Did Bob Ross Die?” The song is played only with acoustic guitar and vocals, lending an element of live rawness as Pitts sings along with quick acoustic strumming: “Homesick for a place I can’t go back to / Back to when my bedroom was some place that I was used to.” The music slows to short guitar picks as Pitts admits, “When I was 17, I probably would have called it poetry.” However, in the final minute and a half, the music stops, and an audio recording plays: “My grandson has been stuck in the comet buster for three hours.” I’m not sure what this has to do with Bob Ross, but maybe he died on the Comet Buster.

The second track, titled “What I Should Have Said,” opens in a somewhat foreshadowing way, with quiet, low-noted acoustic plucks before transitioning into a more lighthearted strum as Pitts sings, “Now when I’m layin’ in my bed / Wonder if I’m in your head / When you said we could be friends / Well that’s how this all would end / When you left me at my house that day / There’s one thing I forgot to say / ‘Fuck you’ / Fuck you-oo-oo-oo.” The track is a mostly guitar heartbreak song, but it incorporates the harmonica in the end, offering more instrumental depth.

The last track, “Bleachers,” is similarly rooted in relationships, but the tone is happier and more upbeat with dramatic pauses. As the song progresses, some percussion and heavy strumming accompany the solo acoustic guitar. Mini Golf is a clever lyricist who can make you laugh and smile about the inevitable bad-timing and daunting idea of relationships while simultaneously demonstrating that live-recorded acoustics can strengthen the lyrical idea of a song. If this three-track EP transitions into a full-length album, I’ll join Mini Golf in the lighthearted, acoustic pursuit of “adult angst.” –Lizz Corrigan