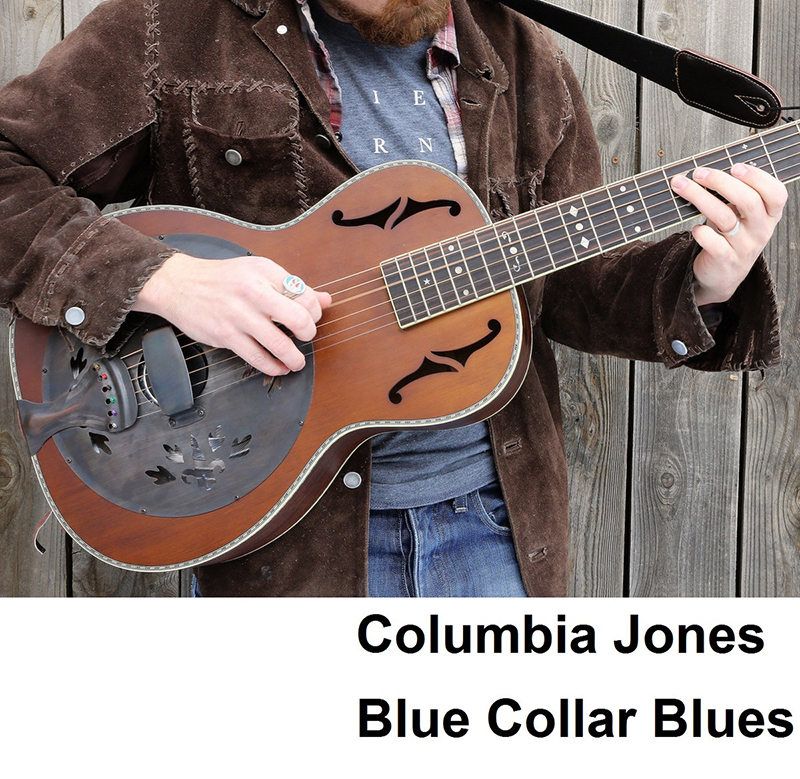 The EP opens with “25,” and begins with common instrumental folk characteristics, a few catchy strums and subtle pauses. Shortly after, the song welcomes the double bass and a layer of catchy blues electric guitar, which grows progressively more rock as the song progresses. The song teeters between acoustic-only and periodic electric interjections, becoming nearly obsolete about three-fourths of the way through as Jones quietly sings, “I’d like to tell a story, and I’d like to tell it right,” before going back to full-volume vocals with combined acoustic and electric sounds. While incredibly mastered, Jones holds on to the aesthetic elements that are a little rough around the edges—such as the echoing tinge when he sings—often heard in live-show settings.

Jones wails on the harmonica during the slower-paced blues song “Trouble.” He is more than a multi-instrumentalist wizard—he is a picturesque lyricist. Amid the high-note acoustic strums and kick drum, he sings, “Well you’re sipping your whiskey / And you’re giving me the eye / You’re digging deep into me / Like I’m some sort of silver mine.” Jones plays into the folk-blues, teetering between words that are rhythmically run together or outfitted with dramatic pauses.

“Dead Wrong” is a folk/blues/country/rock song all in one—evoking an image of the ol’ American West. Making way for the classic low-note acoustic strums, theatrical kick drum thuds follow sudden stops of quick, single high-note shifts on the acoustic guitar. The tambourine shimmies and the guitar croons as Jones paints the picture of an unpredictable Old West through wild—yet composed—instrumental frenzy.

From simple to complex, Blue Collar Blues lends itself well to collaboration, yet Jones has the uncanny ability to play as a one-man band. Whether the well-crafted songs are played in group or solo, fast or slow, there simply is no shortage of rhythm and soul. –Lizz Corrigan