Atomica exists in a form of punk rock that’s not easy to classify, but it’s fun. 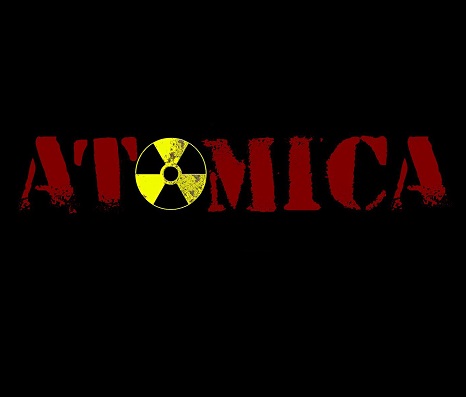 Atomica
Self-Titled
Self-Released
Street: 04.05
Atomica = Butthole Surfers + The Cramps
Atomica exists in a form of punk rock that’s not easy to classify, but it’s fun. It’s reckless, and it’s carefree, particularly when yelling at the allegedly brain-washed listener to smash their TV—this is something that I emphatically approve of. It’s also a bit uneven, and while I can’t say the groovy opener “Buffalo Bill” is ever going to make my top five list despite its twisted lyrics, I’d think about making room for more anthems like “Serenity Now!” or “Cherry Zeppelin.” I admire how much energy and confidence they’ve already got, which must be mighty impressive live. Seeing as it’s their debut EP, there’s plenty of space for them to grow. I’m looking forward to it.   –Matt Brunk