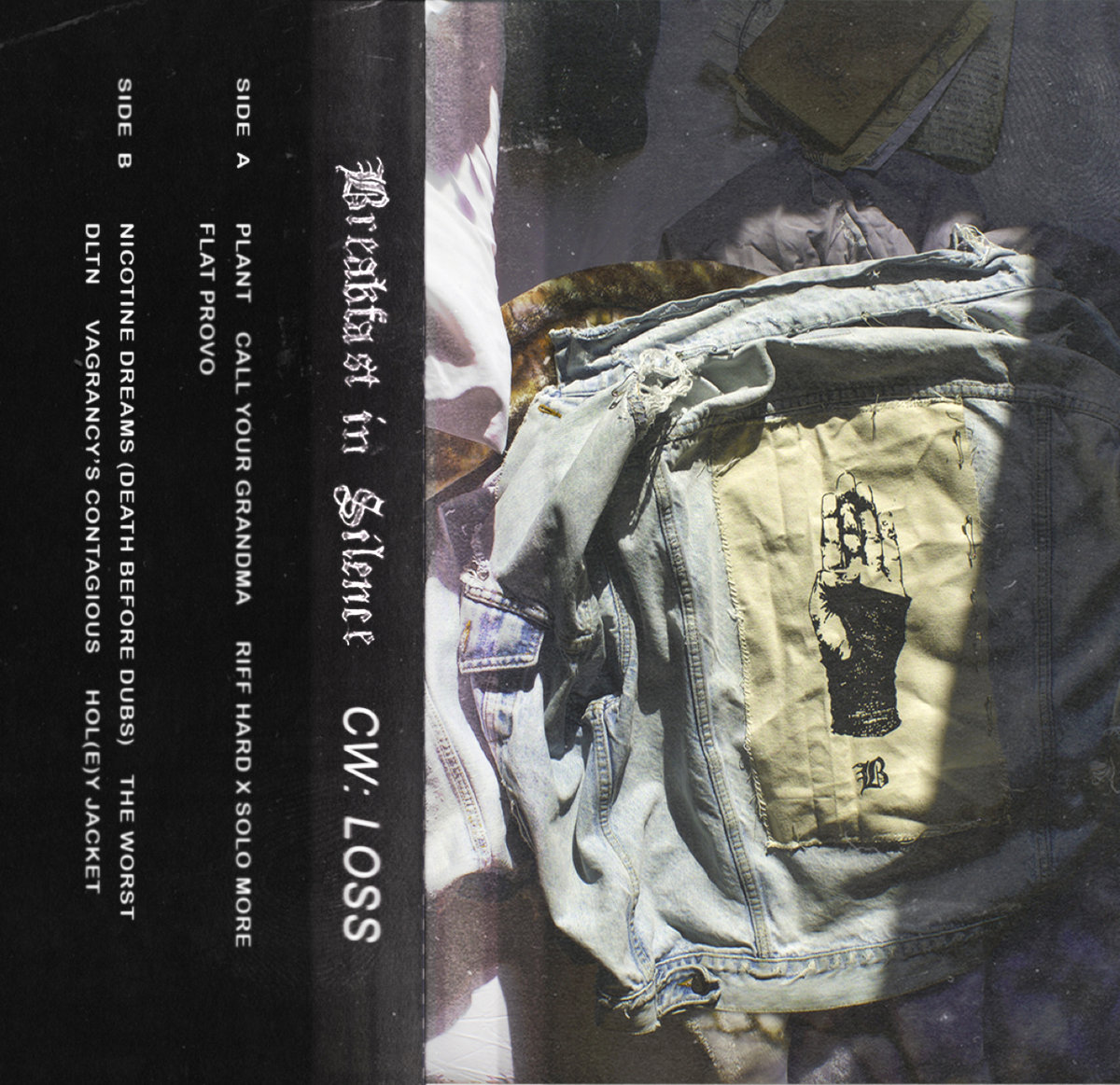 Self-Released
Street: 03.27
Breakfast in Silence = Prism Bitch + the Due Diligence

Breakfast in Silence is a Salt Lake City–based trio whose latest release, CW: Loss, comes to us during the COVID-19 pandemic. Finding something to do during quarantine can be difficult, but spending time with this group’s latest release can help relieve some of those bored or anxious feelings.

The group’s official genre seems to be “soul punk,” as dictated by their Facebook page. However, the group offers sounds from different genres such as emo, punk and indie. The album takes listeners on a fun journey that’s both calming and exciting. For example, the first track, “Plant” starts out with the sound of a cat purring, along with some conversation between two people before a guitar softly strums in. As the guitar continues to strum, the cat purrs can still be heard in the background. It’s easy to envision yourself chilling with friends—both furry and human—while some great tunes play in the background.

Following “Plant” is “Call Your Grandma,” which is more high energy and emotional. Singer Ash Bassett belts the beginning of this track loudly before things mellow out. Even though the track continues on a more serene vibe, their voice conveys a sadness and longing for whoever the song is about. Bassett starts the song in a howling, energetic voice before things calm as it continues: “Found the puzzle I lost a piece to / You replaced it with your own / We’re piecing clues together you left behind.”

Continuing on, the track “Riff Hard x Solo More” has a lot more of the emo/punk vibes mentioned before. Breakfast in Silence use more minor chords here, and Bassett sings at a lower pitch to make the song heavier. If it had more distortion, it would sound close to a Nirvana track. It’s a good contrast to the more cheerful-sounding songs from earlier, giving listeners a pleasant variety.

Most tracks on the album are relatively short, until you get to the closer, “Hol(e)y Jacket.” It seemingly ends after about three minutes, but the track length is over seven minutes. If you leave it playing and forget about it like I did, you’ll hear a phone dial tone and wonder where it’s coming from, and if you’ve gone crazy. Once the ringing is done, music comes through as if from the other end of a phone, providing an interesting effect. After sounding like you’ve been on hold, Bassett comes through with just an acoustic guitar, as if they’re performing just for you.

Overall, Breakfast in Silence’s CW: Loss shows a great level of creativity. Some songs feel like they’re being streamed directly toward the listener, and others have a high energy that makes you feel ready to get up and go out. Many fit into the category of the “soul punk” sound that the band primarily goes for, but they also sprinkle in elements of different genres. Each song has unique qualities that are fun to revisit, which is great during this time of staying indoors and needing activities. –Emilee Atkinson