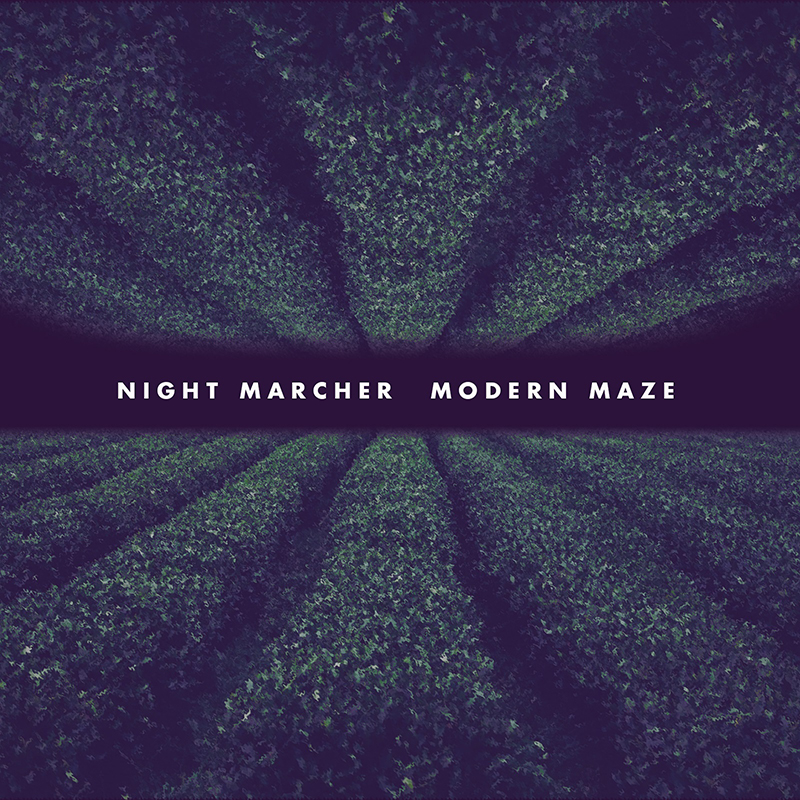 Time can sometimes act like a pressure cooker. Some thrive amongst the stresses of everyday life while others falter and fall behind. Most of us have experienced the soaring highs, jarring lows, and everything in between. Rob Reinfurt’s project, Night Marcher, he has said was created after a time where life had crippled him. His hiatus from music didn’t permanently hinder his passion and he picked up the pieces to conceive the album Modern Maze. Modern Maze draws influence from both pop , indie rock, and blues to make an easy and balanced album. The record has one of fullest sounds out in Salt Lake City right now. Reinfurt’s use of classical piano, bongoes, and blues guitar make Modern Maze a admirable, local, rock and roll album.

“Broken Path” carries elements of gospel within it. The song is so full and big, and the addition of a woman’s deep voice harmonizing in the background adds even more religious context. In “Chin Up” Reinfurt sings the reassuring words, “Chin up, it’s what you got to do. Chin up, trouble comes, trouble goes. We’ll get through.” Night Marcher is the resurrection of Reinfurt’s musical career and “Chin Up” is a quiet reminder to himself to keep pushing through.

“Holy Ghost” is as the name suggests, heavily influenced by religion. “If heaven was a place we want to be, then why are people killing in the name of peace? Look at the agenda, it’s the only truth. We run ourselves down trying to hang with that crew.” Blues guitar riffs maintain a steady harmony in contrast to the heavier rock and roll guitar part. The consistent shaker and patter of bongoes keeps “Kro” ever rooted, while a funky bass line gives the song an extra hint of groove. “Screaming Jesus” is another religiously influenced track. Reinfurt howls, “People are screaming Jesus, I don’t know if he can hear us, it doesn’t matter just join your hands with mine.”

Modern Maze draws similarities to other local artists’s albums, so at times the record tends to lack originality. Heavy blues guitar and lyrics rich in response to religious oppression are not completely unexplored territories in the Utah music scene. Although Modern Maze has it’s missteps, they are few and far between. Reinfurt illuminates his talents throughout this LP per his rock niche. –Alexandra Graber