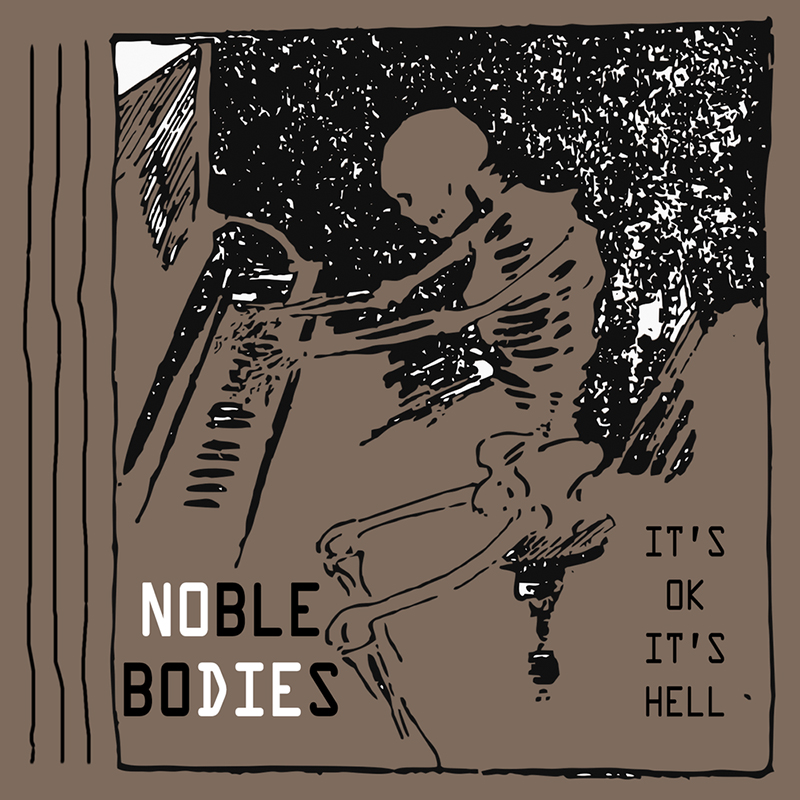 Utah alternative rock band Noble Bodies formed when Bryce Taylor met bandmate Elaine Bradley in Germany while both were serving LDS missions in 2003. Initially forming under the moniker Another Statistic with third member Chris Bennett, the band expanded and contracted through several trials over the ensuing years, including breaking apart for no small duration to recently reform beneath their current moniker. It’s OK It’s Hell is their first EP, released earlier this month with single “What A World.” Seven tracks make up the collection, which opens boldly with Taylor and Bradley’s powerful two-prong vocals and expansive, echoey guitars. In fact, the ardent dual voices nearly become overwhelming and distracting at times when set alongside the simple guitar and drum combo. The sonic personality of the EP is grand and dramatic, as though the tracks were recorded in a large, marbled concert hall. “Foolish Virgins” leads the listener to some uncomfortably familiar messages about faith, religion, rebellion and identity struggle, set to moments of impassioned screams. “I’m a Rollercoaster” and “Nightingale” are reminiscent of Evanescence in the early 2000s era, displaying some percussive mastery with melancholy, pretty melody and ringing guitars. The overall tone of the EP is sad, occasionally angry and contemplative, with a dash of existential angst. Closing track “You Knew What I Was When You Picked Me Up” finishes the collection on a properly brooding note with heaps of Christian imagery, and remains true to the emotional thrust of its sibling songs. It’s OK It’s Hell is a worthy listen, especially for fans of the late ’90s, early ’00s alternative era. The music is familiar to the genre and decade yet chock full of contemporary millennial narratives, making it a solid conduit for the old and the new in amalgam. –Paige Zuckerman