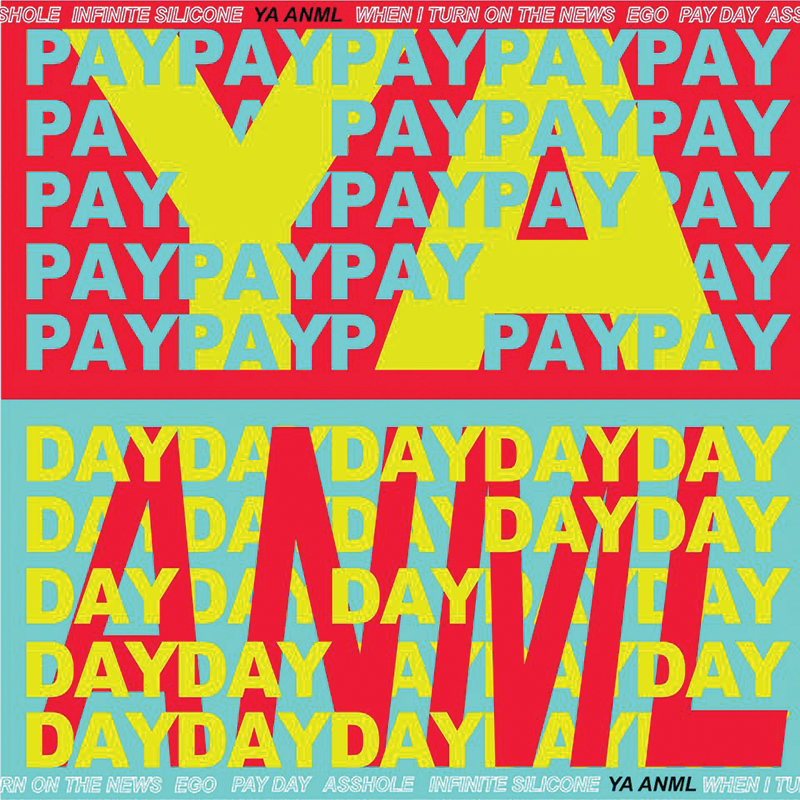 Local artist YA ANML is stepping onto the scene with their first EP, Payday. The EP is a short five songs that are very experimental, and have a general cohesion throughout—each of which work together to create a solid first release for an up-and-coming artist.

Many lyrics throughout Payday have an anti-establishment feel to them. With the emcee rapping about the poisons that are society and capitalism, and themes that revolve around rejecting the status quo and finding your own path. “Infinite Silicone” follows that formula in its lyrics: “The daily grind (man) / I fucking hate this life (man),” and “Tell me who you are again / a monkey on the leash until the weekend.”

The lyrics, though they often are trying to be profound, sometimes seem to not land or punctuate the song in the way they need to. In “Asshole,” there is a distortion on the lyrics that cause the emcee to be hardly understandable, and in other songs like “Ego,” the particular rhyme pattern and flow doesn’t seem to match up with the beat. Still, for an experimental piece, there are parts of Payday that really shine.

The production that YA ANML uses is incredible across the board. “Payday” has a beat that is relentless, with synths constantly assaulting the listener (in a nice way), and they move the song as a whole forward in a fast, catchy pace. There’s a beat switch in “Payday” toward the end of the track that employs a kick drum that rattles the listeners’ ears, making the track even more punchy and high-energy.

As a whole, Payday is a solid EP. With a little more refining of lyricism and flow, YA ANML can easily become a power-hitter in the music community. –Taylor Hartman