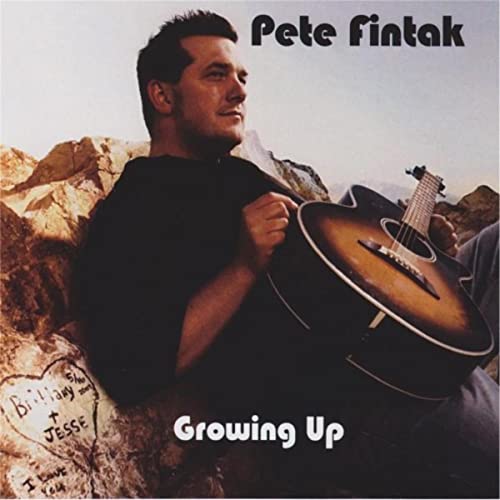 For me, suppressing the urge to poke fun at this guy is like swallowing a loogie that’s already in my mouth––not something I would do unless forced. Luckily for him, it’s my job to be at least somewhat objective. Fintak’s voice adheres to the Chad Kroeger school of thought: the more gravelly and emotionally inflected, the better.  At the worst moments you might think he’s trying a comedic impression of Kroeger. Sadly, Pete’s not in on the joke. Fintak’s musicianship, however, is plenty competent. He can throw down a jaunty piano intro or a Santana-esque guitar lament that’ll make you wish the rest of the song held true. The problem is he always starts singing eventually.  Before the lyrics kick in, almost every song sounds like it could be the beginning to a Matchbox Twenty track, and that’s honestly the nicest way I can think to spin it. The lyrical and melodic structure throughout this album is painfully traditional.  In fact, I’ll state it plainly: barring decent intros and one track with a female vocalist, every moment of this album is either face-palm cliché, or undeniably derivative.  Despite these truths, Fintak’s sincerity is obvious and I’m sure fans of gravelly acoustic singer/songwriters can find some moments on Growing Up that’ll please.