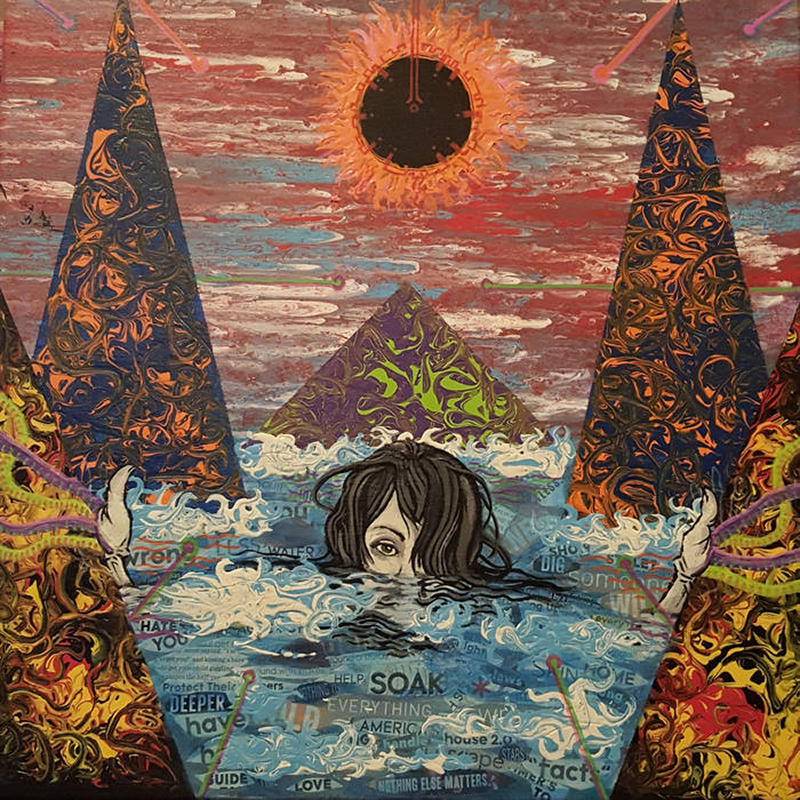 Scarlet Rain take a classic rock sound that I thought had died out a decade or two ago and mix it with elements of modern metal in a tight, rocking style. Heavily distorted guitars, washy drumming and angry vocals are what I’m looking for in hard rock, and Scarlet Rain have all of it in spades. I have a hard time not swaying with the pulse of Eleventh Hour, and head-banging during the heavier parts is all but mandatory. Scarlet Rain return with strength on their second album, and I recommend a listen for anyone who likes a little grunge and a lot of rock.

I haven’t listened to much hard rock featuring a female lead singer, but I’m sold on it after listening to Carrie Anderson’s energetic, melodic vocals. Atop heavy riffs and dark bass lines, her voice is the perfect accent to fill in the band’s higher frequencies. In songs like “So Long,” the guitars and bass blend together seamlessly, lending Scarlet Rain a fat sound, ripe for Anderson’s lyrics. In softer songs like “The Fall,” however, Anderson takes over and drives the album to a strong finish.

Every time I get to the end of “Nameless,” I want it to last just a little bit longer. Despite most of the songs lasting over four minutes, Eleventh Hour feels like a quick listen. Each song covers a lot of ground, and the band does a great job of evading repetitiveness as they hammer through choruses. The production quality on this album is fantastic, and I never felt like I was missing anything out of the mix.  The riffs get stuck in my head and keep drawing me back for more, and more often than not, I start the album over as soon as it ends.

I’m extremely satisfied with Eleventh Hour, and I’m excited to hear what Scarlet Rain come up with next. Strong guitar, solid bass and kickass vocals make this band a notable Utah combo. You can check out a couple songs from the album at https://scarletrain.bandcamp.com/releases, and keep up to date with the band at facebook.com/scarletrainmusic so you don’t miss their next show! —Alex Blackburn