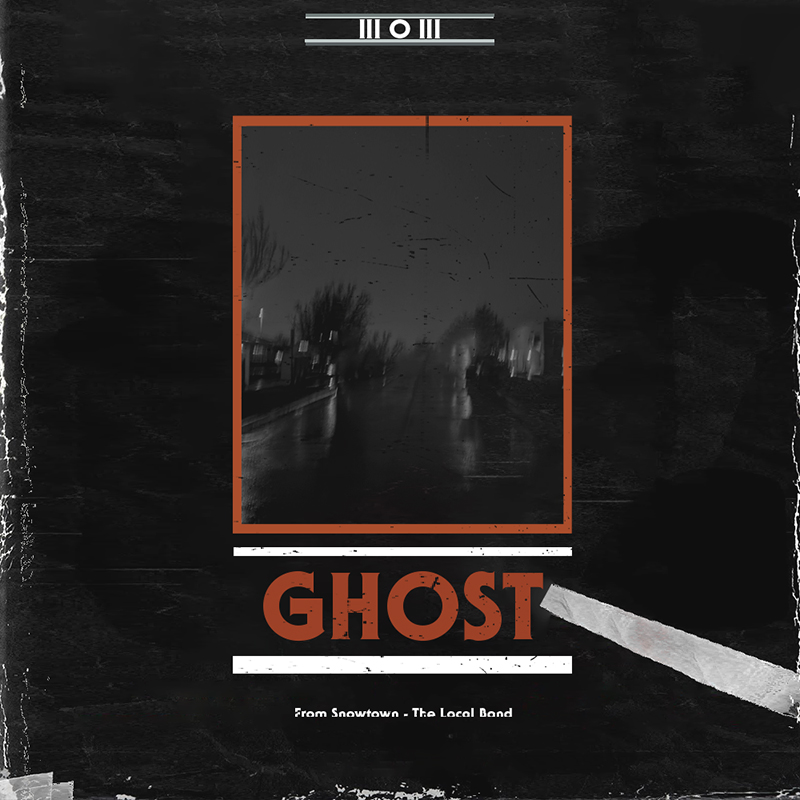 Local lad Jesse Garcia was a fresh 15 when a nearly fatal accident turned him toward his previously hatched notion to be a songwriter. Still shockingly young, Garcia’s growing catalog under the moniker Snowtown is setting him apart. Garcia’s sound is a smashing of pop and hip-hop with a punky edge, especially prevalent in his atonal vocals.

Garcia’s debut LP offers 13 tracks, several of which dropped previous to the album’s release. Ghost opens with the clipped spoken word track “Saved,” an atmospheric and pessimistic treatise on deception and release. Dark, moody synths encircle the track, making for a spooky tone out of the gate. Garcia’s lyricism is depressive and dour, often shadowed with low-register vocoder echoes and sentiments of desperation and isolation. The angsty youthfulness of its maker seems to suffuse the entire album, likely to appeal to a similarly green listener and perhaps less so to the more aged audiences.

Track four, “Slowly,” encompasses this generational appeal concisely. There’s a stark simplicity in Snowtown’s music, along with a sad sweetness at times, such as in tracks “Nervous” and “Romeo & Juliet.”  At times, the persistently naive perspective of Garcia’s music becomes somewhat tedious, yet his sonic and melodic skillset rescues the album from the risk of being exhausting. Track seven, titled “All The Same,” embodies the balance of said narrative repetitiveness, bolstered by an interesting and engaging sound arrangement—it’s one of the strongest tracks in the collection. The following track even directly addresses the apparent feedback Garcia has received regarding his chronically depressive worldview and how it bleeds into his music. Ostensibly, Garcia is indeed beset by some notable mental health struggles. Then again, what young person isn’t, especially in this epoch? Recent single “Roses” wraps around this notion most notably.

Ghost concludes with “Good Enough” and “Chances,” two distant and glitchy keyboard-dense tracks with both a melancholy and a forced hopefulness so similar in their sentiments and sound that they nearly exist as the same song cut in two component parts. Garcia stretches his hands out to some threadbare yet stolid aspiration for his art while the album closes on a quiet note. This closing conquers the barriers to his craft that others’ feedback have apparently embedded along the way.

Snowtown’s sad and somewhat sweet contemporary emo-pop is an interesting contribution to the local scene, with a potential to grow toward something profound with a bit more practice and persistence. Garcia’s youthfulness and apparent attachment to his art will serve him well should he choose to boldly persist in his process.—Paige Zuckerman