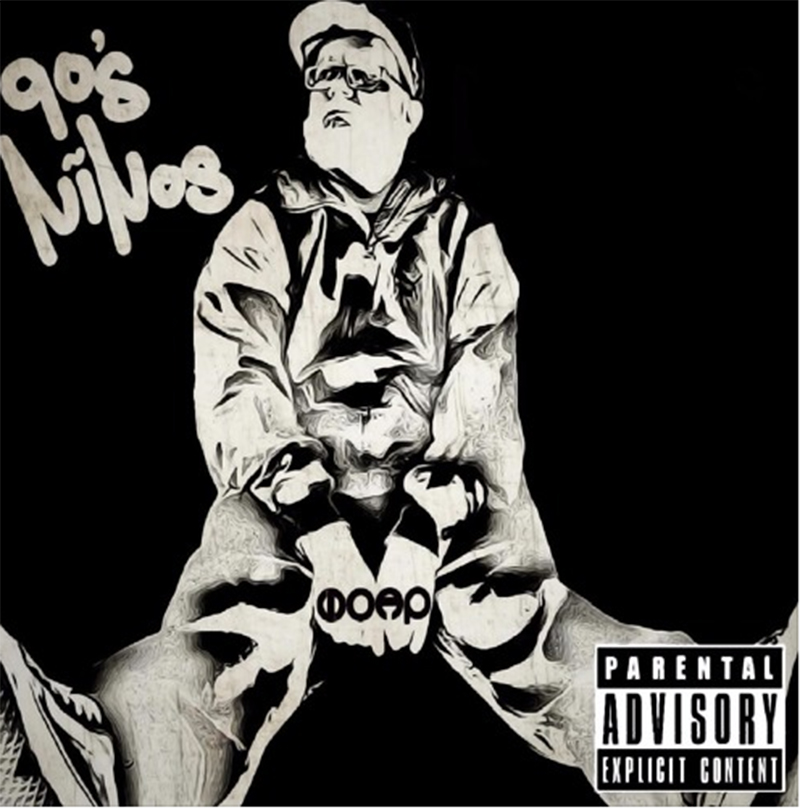 Listed as a 20-year-old rapper/producer from Utah, Soap displays some impressive skill in both the lyrical and production halves of his music. He uses an array of vocal samples ranging from The God Father to Big Daddy, merged beautifully with simplistic beats ranging/encompassing everything between melodic guitar to Jazz flute loops. What stands out the most about his sound to me is the respect for how hip-hop traditionally sounds, using scratches and beat juggles in his songs. He always seems to give a certain energy to each of his tracks—the simple beat and soothing piano melody. In “Lettuce Heads” Soap’s flow adds a push that balances. 90’s Niños allows itself to follow this formula of relaxing beats accompanied by energetic rhythm, providing enough variety to not come across as repetitive or lazy. For me, the crown jewel of this album is the track “Sleep Talk.” It kicks off with a sample of the legendary Nina Simone’s “Feeling Good,” using a looping effect of her singing accompanied by piano and harp, creating a beautiful beat. He speaks of how life could be a dream, talking about the problems in the world and breaking them down to their simplest solutions. “Sleep Talk” ends with “I’m talking in my sleep,” followed by the beat reversing, which makes for an excellent realization that a perfect life is a dream. Overall, 90’s Niños is an excellent album, containing beats that sound like they belong in a “best of” of underground hip-hop and down-to-earth lyrics. It’s awesome to see such talent emerging from the local scene and young artists embracing a traditional DJ style and sound to accompany their tracks. Check out Soap’s work on his soundcloud at soundcloud.com/soapslc/sets/ninetys-ninos. –Connor Brady