We thought it would be a good idea to review some of the local stuff that is available out there. There is a lot of it. We hope this will give you an idea what to buy and where to find it. Don’t get us wrong; we are not “Cassette Culture.” We just support the local bands in their effort to make a dash of money out there. Buy the tapes; it’s the only way bands can make money to help them in their progress.

Local Bands For All Occasions

Let me tell you about the wealth and variety of local talent prevalent here in SLC, that place you thought couldn’t find talent if it tripped over it. What I have here are four tapes by four different bands, all from Salt Lake City at one point or another. Most are fairly low budget recordings but nothing a boost of the volume can’t overcome. None are the ultimate exception tape that I was hoping for, but all are fairly good and quite useful in everyday situations. 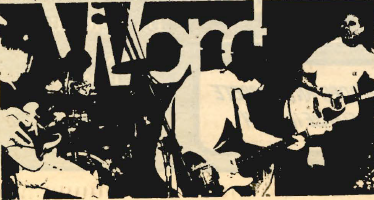 For example, if you have trouble waking up in the morning, Insaneacide has the perfect solution. Just plug in your new tape, A Multi-Crucial Faze, and set it for stun in the mornings. The pure aggression here could wake a dead man, not to mention your hungover body. Yes, this tape is quite fast, quite brutal, and quite fine if this is your particular bag of goodies. A band as far away musically  as you can get from the likes of Tiffany. Must have some redeeming value, right? Highly reminiscent of early Slayer (the fabulous “Show No Mercy” with that punchy style that completely slams you with a wall of sound, then all of a sudden shows you that extremely good guitar works and sounds are possible.) The vocals, sorry to say, are pure shit but highly amusing. To give you an example, this whole review could have been sung by Insaneacide in under five seconds. When they do slow down to at least one word per split second, they can be quite enjoyable. (Available at Raunch)–J.I.Z.

Well, now that you are out of bed, it’s time to take a ride to the mountains. We’ve got the perfect driving music here courtesy of Daneighbors, so grab your friends and a case of brew and head for those hills. I Almost Got Killed is foot tapping heaven, guaranteed to loosen up your legs by the time you strap them in skis. Those guitars just jangle & jangle, reminiscent of many of the masters of the 60s and the 70s. This would all sound better with Joe Walsh at the helm, but for a chap of just 17, singer Mike Graves is quite commendable. What the tape lacks in range it makes up with quality writing, that is quite intelligents, often humorous and fun to sing along to. Not too much differentiation offered here, but when it does fall out of form, it is really good. In the songs “Paint Yourself” and “My Disease,” the speed picks up just enough to show you that these guys can rock as well as strum. And then there is “Buddha is Napoleon,” yeah, I can just see the wind going through our hair, yelling “Someone should tell us to go to hell.” (Available at Raunch)–J.I.Z. 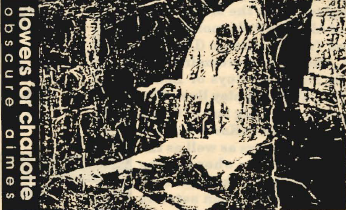 Now that you’ve found a nice spot to park and have allowed a few beers to settle, it’s time to relax just a bit with Flowers For Charlotte. Obscure Aims is the name, which the tape certainly lives up to. The pace of the music is much slower, often serene. Layers upon layers of sound are smoothed into a mostly modern style, with hints of the avant garde and a touch of progressive rock. Probably the most professional sounding of the four tapes I reviewed. The vocals come across rather nicely, finding their proper place among the various beats and quirky sounds. The lyrics are especially impressive, forming enjoyable, intelligent choruses that are just a little repetitive. But sit back and let the music caress and move you; forget reality and “Dream of a place where none of this could happen.” A lot of people helped out on this recording, there is a lot of style and variation. Very enjoyable; I hope you can still find a copy. (Available @ The Word)–J.I.Z.

If you are like me, you’ll be needing to raise your heartbeat a bit at this point. The beer is gone and it’s time to get crazy, so what better choice of music could there be than Victims Willing’s new demo–soon to be available on vinyl. Don’t worry about what the name means, just listen to the music. More in line with Anthrax and Ludichrist, this band hammers at you with it’s raw, straight-forward vocals and driving beat that lapses into more time changes than you can imagine. It’s those time changes that I just love because they make every song that much more interesting. Definitely an album that requires many listens to truly appreciate, but once you do, these songs will really grow on you. I don’t know much about the album–title wise, my copy wasn’t labeled–but every song seems to be structured similarly, mixing a short, punchy chorus with a pulsing beat, and those time changes that cover a whole range of strange and unique guitar styles. All in all quite complex yet delivered so simply and stylishly. –J.I.Z.

This tape has a natural flow to it that gives you a good idea of Neo Lament’s live show. Lots of dark kinetics, great drumming, twisted songwriting, and just enough electrodealie, friz-jamming guitar shit. Neo have cleaned their sound up, and the tape’s mix is good so that nothing gets washed out.

Stand out tracks include “Ship Sails” (with JR ruppel of Dinosaur Bones on vocals) and “Crumble and Slide.” Chemistry is everything with this recording, and they brought in Lara Jones to sing “Sigh” just to prove it. Buy this tape and play it with your first cigarette after breakfast.–Dave Neale

Train Of Thought; “Seize The Day”

I saw Train of Thought twice before they broke up, and I really liked them. Good rock and roll, young and energetic, the kind of music that causes teenagers to go up to the scary guy in the Cat-Powered baseball cap and ask him to buy a case of Schlitz for them. We should encourage this type of behavior. (I don’t know if Train of Thought is straight edge or not, but I once drank beer with their drummer, I think.)

“Seize The Day” is pretty raucous punk stuff. I recommend it because it’s a tape that you will still listen to a year from now. You won’t get to see them live, but the recording quality is good enough that you can turn it up really loud. “Something More” is a great tune. (Available At Raunch and The Word)–Dave Neale

This self titled tape is raven up. Good stuff from the best dressed band is Salt Lake. This tape features the Scott-Lara-JR-Brett lineup for the Bones that recently changed when Scott and Lara quit because of contract disputes and charges of wardrobe misconduct. But that makes this recording that much more valuable.

All of the songs on this tape are staples of the Bones live sets. The best songs to my ear are “Western Civilization”, ”Hit The Switch” and “Funk Tribe” (despite a bad drum mix), “Don’t Break My Head”, and “Dinosaur Bones”. In fact, that last song gets my vote for best goddamn song ever written by a lanky, weird fucker who goes by his first initials.

The recording was done at Ken’s World Best Studio and more of the mix comes off very well. The whole thing looks really nice, of course, with a nifty insert and such. (Available at The Word, Raunch, Grunts & Postures)–Dave Neale

Tribe Of The Lost Angels; Opposites in Opposition

Guys: buy this tape and play it for all your dates.

Gals: only date guys who play this tape on every date.

Recorded live at The Word this is a strange, strange piece of work, disturbing even. It opens with a multi-layered electronic soundtrack of a dream sequence from a rotten B-movie that I fell asleep during every Sunday morning of my life since puberty. What ensues is the nightmare of waking up on the couch around, oh, five-thirty a.m. and having your first thought be “I wanna kiss the Pope… cause he’s so damn cute” (I’m not making this up; those are actual lyrics.)

Most of the first side is fluid noise, slurred background samplings, and snippets of wisdom like those above. The groove kicks in with “Fuck, it’s hot in here”. The second side is much better up until the screaming bit at the end. Tribe is no longer with us but the tape is. (Available at The Word)–Dave Neale