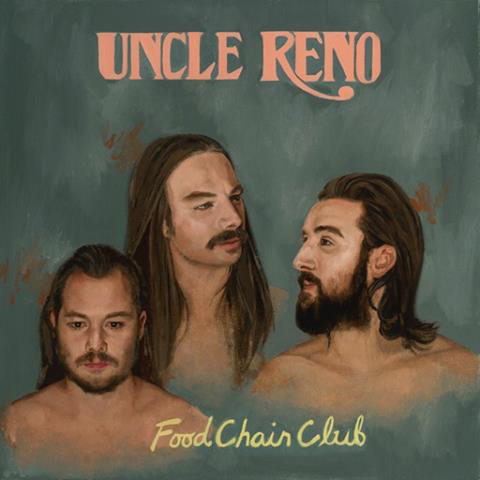 The album opens with “Generation Tang,” a multi-dimensional track. It starts with a slow, electric twang coupled with an acoustic guitar, quick-beat drumming and synthesized percussion. The sporadic whisper, “Shake it,” is the cherry-on-top of a melodic, slow-paced and groovy song to set the bar for the remaining eight tracks.

“Holistic” is a moderately paced, mostly acoustic- sounding track until about one minute in, as simultaneous high- and low-pitched electric strums interject. The song trades between a flaring focus on multi-instrumental mingling and quieting acoustic. The smooth vocals sound gritty in their eccentric unpredictability with sudden instrumental cracks, thumps and croons.

Food Chain Club starts slow and grows as each song progresses, especially on tracks like “Two Straight Lines.” The song opens with a deep, low buzz and seemingly shell-like claps. Vocals begin as a bellow, accompanied by distant singing in the background. After a silent pause, the vocals grow in strength and volume, teetering between slightly distorted and the album standard, smooth. The track is less lyrical, thus highlighting the alternative-rock capabilities before the electric frenzy eventually fades out.

While most songs rise and fall in rhythm and pace, “Just Want To Feel” is a slow-moving, high-pitched electric song. Subtle percussions are the foreground for vocals sung in high, drawn-out notes, with “ooh, la las” in the background. A harp-like sound closes out the track, solidifying the atmospheric dream state.

Each track on Food Chain Club is dynamic and soulful, showcasing the ability to seamlessly swing between multiple genres within an individual song. Uncle Reno unfailingly mesmerize from start to finish with leisurely rhythm without compromising electric vigor. Like the food chain, these nine tracks are circling on repeat. It’s safe to say that we’re glad Uncle Reno skipped an EP release and skillfully delivered the full-length. –Lizz Corrigan