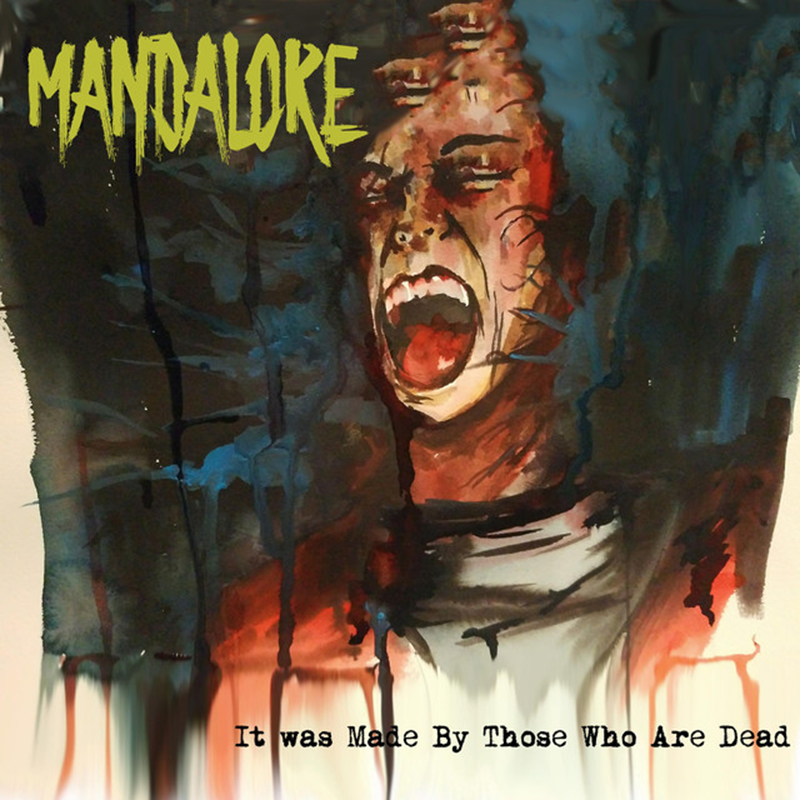 Local Review: Mandalore – It Was Made By Those Who Are Dead

Mandalore
It Was Made By Those Who Are Dead

Straightedge and Star Wars—that about sums up Mandalore. After gaining a cult following by playing under their alter ego Satan, (in which they played 6-song sets for 6 shows that started at 6pm), the band carried on and presented those six songs in their debut release, It Was Made by Those Who Are Dead.

The songs are each about a minute-and-a-half long. They’re punchy, powerful and because they’re so fleeting, there’s no room for bullshit. “Revenge for Alderaan” punches in with down-tuned chugging, only pausing for dissonant guitar breaks and then kicks into unrestrained blast beats for 30 seconds before closing on a dense breakdown with untrained yells from Konrad Keele. The lyrics for “…And Then There Were Some” touch on the imbalance of wealth in our society and how the working man struggles to maintain his lifestyle as well as his pride. The song lends a lot to its speed, but the added breaks in the rhythm give some dynamics to an otherwise simple riff. That same dynamic is rhymed in the track, “Mitth’raw’nuruodo.” Its body is built of simple punk rock chord progressions with a tail composed of halftime down strokes in the last measure. The riffs gradually get slower and slower until they amount to a sluggish crawl of triplet notes. “Betrayal” is the best rendition of their Star Wars motif. It’s 75 seconds of pounding, sluggish riffs—eerily similar to Disembodied—while the lyrics compare how Lando Calrissian betrayed the Rebel Alliance in The Empire Strikes Back to the many people who once claimed allegiance to the X’s that turned their backs on straightedge.

This may not have been intentional, but this band draws parallels to modern superhero stories—in that the idea of playing shows as Satan is unparalleled to a comic book hero’s secret identity. The idea carries over in their music by connecting real-life issues (both in and out of the hardcore scene) to that of Star Wars. It’s like, “Yeah, we’re straightedge, hardcore and everything, but we still love to play D&D and talk shit on the prequels!” It’s hard for a band, a hardcore band, no less, to pull this off without being gimmicky, but because of the honesty in their projection, nothing sounds forced.—Eric U. Norris