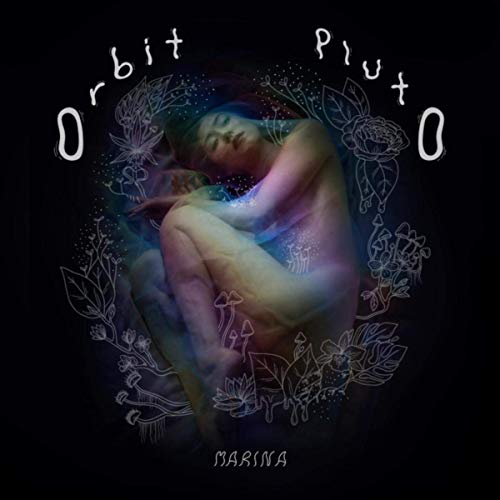 Marina Marqueza is an SLC local whose first album was written and produced 100% solo. The album is long at 15 tracks, a sort of open-ended meditation on identity. Marqueza opens the album up with “Castor / Pollux,” singing, “This is a love song / For people like me who are still learning to learn our whole selves / Still learning to see our whole selves / but I know you can do this.” Marqueza seems to see themself in everyone else, in people like them, and so lyrics like this abound in the album. Marina is “me,” “us,” “them,” and “you.” The album’s titles all imply some mystical connective tissue (“Lunar,” “Solar,” “Orbit Pluto”), or dualities (“Castor / Pollux,” “West of the Sun / East of the Moon”), and the songs themselves all match these themes to some extent. Identity exploration and affirmation swirl together with tinkly synths that run like a motor behind Marqueza’s breathy, expressive voice.

It often feels like Marqueza can’t contain themself, and wants to express that, but often loses the flow of the song in the attempt. Across the 15 tracks, it often feels like Marqueza’s ambitious, uplifting, and sensual lyrics and their energetic synths aren’t always tethered together, often wandering away from one another before coming back again. This wandering seems to be a result of Marqueza’s fixation on conveying soulfulness, matching sound to feeling, and calls to mind artists like Kelela, who also makes sensual, empowered music about growth, love, and pain. “Mx. Independent” and “Dream Life” are two songs that speak of an undeniable pull to someone, lined up to a quick-paced background of sparkling synths. On the latter, they sing, “I came over for you to melt me like only you could / My body knows you, it was craving.”

Marqueza focuses on instinct, knowing oneself, and trusting one’s affection for others and their ability to lift you up or to make your heart race. “You’ve got so many worlds a part of you, don’t be ashamed, ancestors watch over you,” they sing in “Hafu Child.” “Orbit Pluto” has compelling synths that are crunchy and robotic, and they happily rule the song. Marqueza sings “Feeling kind of small, but I can do it all with you.” This could be read as romantic, but it could also affirm the first line of the album, that this is a work for people like Marqueza. It’s probably more accurate to say that, romantic or not, Marqueza seeks to affirm trust in those they love and value. –Erin Moore