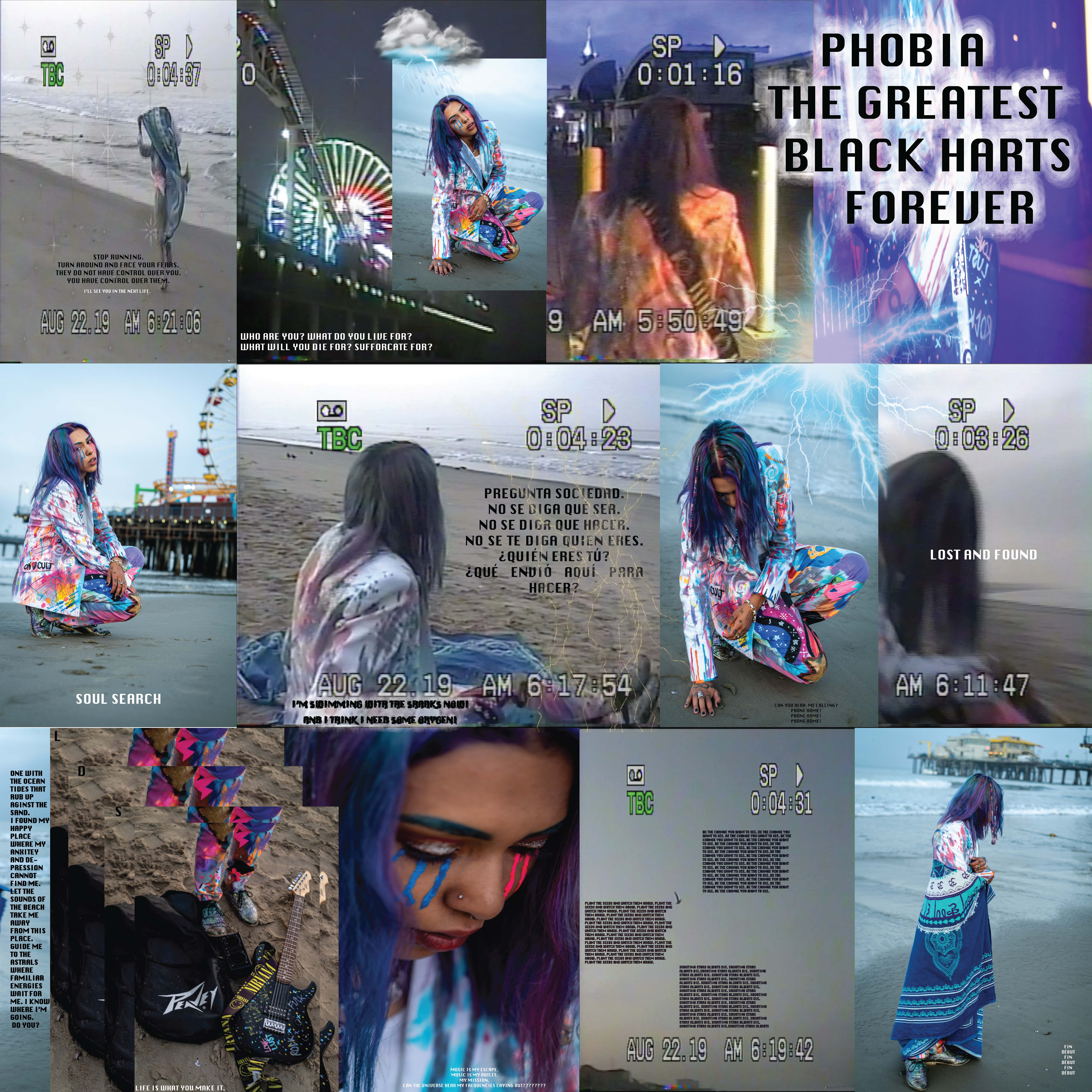 You could call it trap or you could call it indie-rock, but Phobia The Greatest lies somewhere in between. With only four released singles and three premiered music videos, this young Salt Lake–based artist is about to release her debut EP: Black Harts Forever.

Phobia describes herself as an artist telling a positive story of life and death, and that’s exactly the vibe of this album. Each track contains thought-provoking, often solemn lyrics with layered vocals that sound almost ghostlike. The upbeat tempo of each track offsets their dismal themes in order to make an album that is both catchy and complex.

Black Harts Forever opens with “Who Are You?,” a fast-paced song with a repetitive beat and lyrics asking “Who are you / What do you live for.” Phobia’s synthed-up vocals were at first off putting to me, but I found myself admiring the effect they had on her personalized sound throughout the EP. The quick rhythms and repetitive lyrical themes are continued in the next few songs, each doing its part to introduce this new artist. “Swimming With The Sharks” includes lines like “I don’t really care what anyone has to say / Who’s gonna be there at the end of the day?” The words are almost yelled at you, but the accompaniment of a light keyboard and chill drum beat soften their landing. “You Ain’t Gotta Fake It” begins with a classic indie-style guitar riff as Phobia’s vocals are introduced with uplifting lyrics: “Life is what you make it/ You ain’t gotta fake it.” These lines speak to her artistic purpose of empowering listeners experiencing hardship.

Phobia slows it down in the last half of the EP starting with “Shooting Star.” This is easily my favorite song on the album, and one of the only currently available tracks with a music video. It is vibrant and psychedelic, and you can watch here.

The song features layered vocals, rhythmic beats and a candidly worded chorus saying: “Shooting stars / Always dying / That’s why you gotta live the best of life / Hollywood stars / Rockstar life / You can be sad when you die.”  This theme of tragic beauty continues on later tracks “Wake Up” and “Phone Home,” both of which feature a more electronic sound but similar phantasmic vocal layering techniques.

Black Harts Forever ends with the eerily named track “I’ll See You In The Next Life.” This song may be one of the deepest on the album, as lyrics like “Trapped in my depression can’t get out / Never mind how I’m feeling inside / Emotions are so easy to hide” seem to relate to Phobia’s personal experience. Despite, or perhaps despite their dark connotation, Phobia sings/raps them with tenacity so that the album ends with a defiant response to loss.

As a new independent artist, Phobia The Greatest is bringing a refreshing take on rock and rap to the Salt Lake music community, and this album is an alluring introduction to her craft. –Avrey Evans