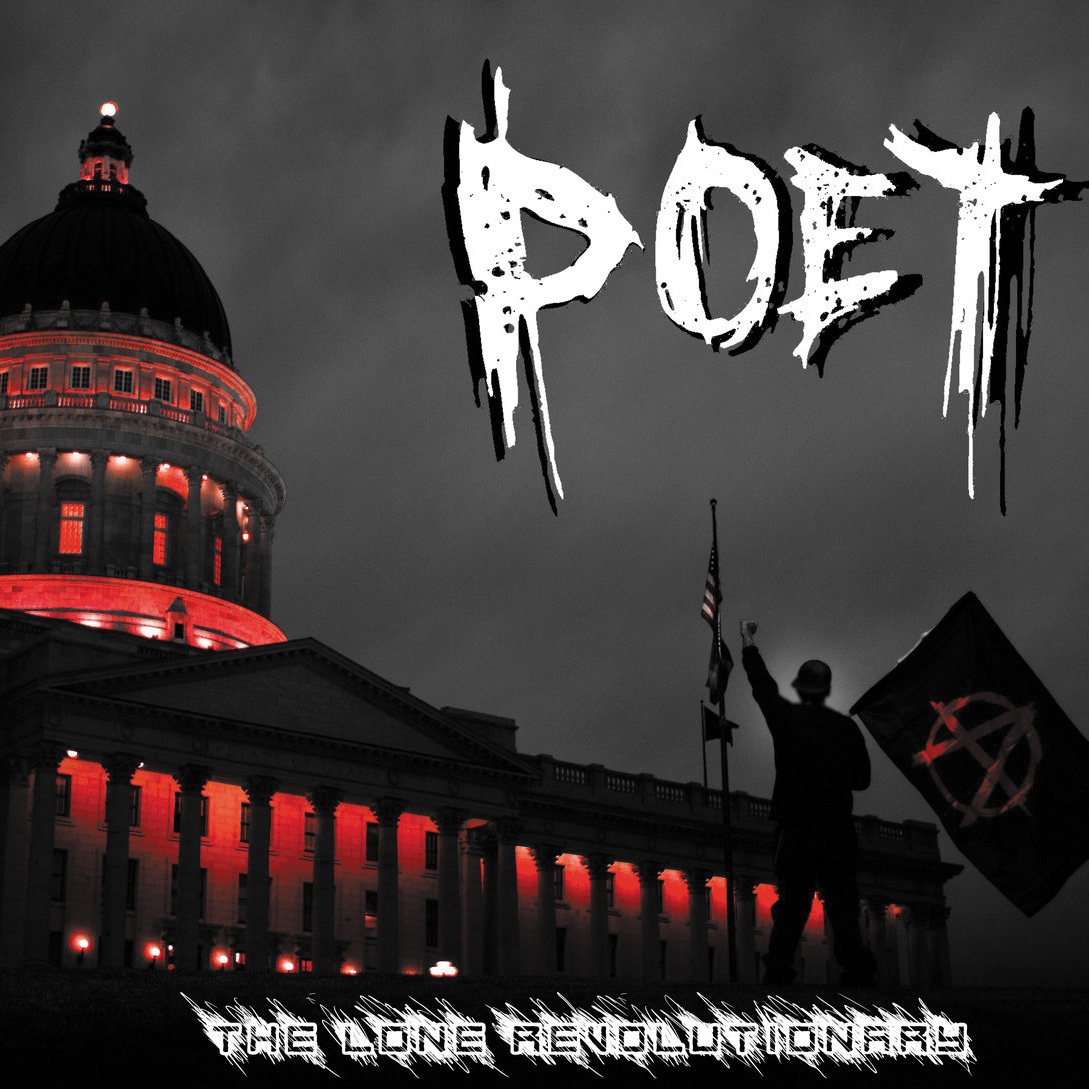 The self-described “hip-hop anarchist” Poet does not fail to live up to his own hype. “Crash & Burn” sets the tone early in the album, bringing up Eric Garner’s murder and challenging those who talk about injustice from behind the protective screen of social media to take the streets and protest. Poet mixes up rap tracks with spoken-word tracks, including “Hope” and “Race in America,” unafraid to touch on recent events and tell his listeners to come to their own conclusions instead of trusting the media. On a more personal level, Poet touches on how these issues hit closer to home for those of us in Utah and for him in particular, talking about his experience of growing up in a bi-racial home, losing friends to drugs and cancer, being a father, and struggling with a past marred by alcoholism despite the conservative atmosphere. In “Pay To Play,” Poet talks about the predatory nature of promoters who capitalize on new, emerging artists trying to break into the scene and create a fanbase by requiring a down payment in order to play an event. “Now I don’t know when this practice started, but in all frankness, it fucking disgusts me,” he says before saying that these types of promoters try to “pimp” out artists who already work hard on their craft, pay for their own studio time, and just want to play for their fans. The Lone Revolutionary has enough heavy material to make a real statement, and tracks featuring other artists, including Icy Blu, Kendoggy and Madchild (to name a few), seem to be the strongest in terms of both lyricism and rhyme, though there are certain vocal inflections, mainly in the spoken word tracks, where some words and lines seem rushed. However, the message “I’m fucking awake” is more than clear and Poet has a perspective that deserves to be heard. –Ali Shimkus

Correction: Feb. 5, 2016
An earlier version of this article misstated that Poet is bi-racial. The article has been amended to specify that Poet grew up in a bi-racial home.