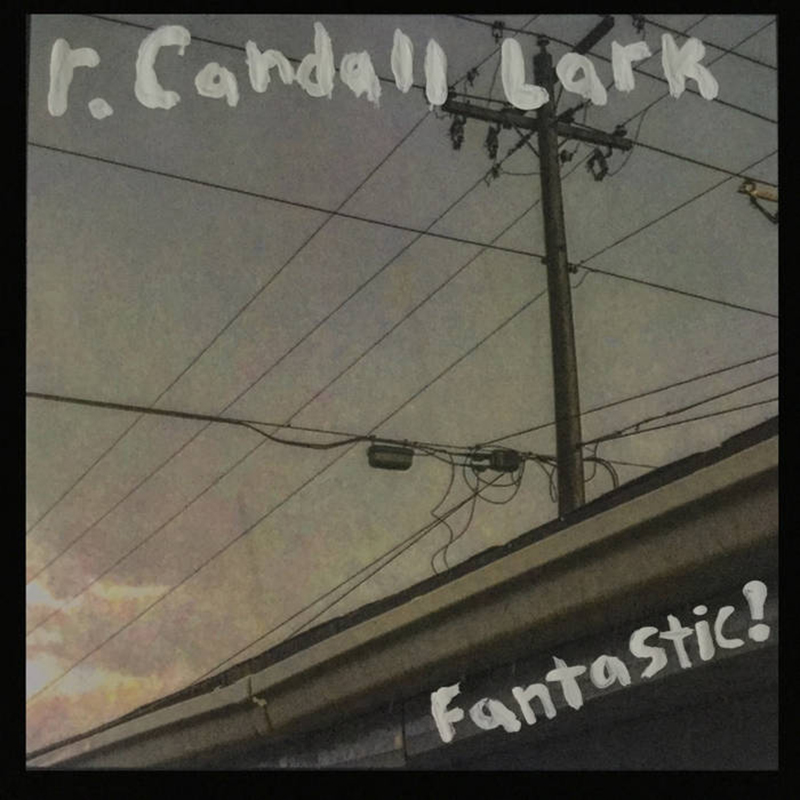 r. Candall Lark’s Fantastic was—according to their Bandcamp—recorded partly in their bedroom, mostly in the back of their work “in the middle of the night.” That would explain the sense of isolation, the opaque darkness that looms beyond the bare and plain-faced musings of Marcus Koncar, the 21-year old Salt Lake City musician and the figure behind r. Candall Lark. On their Bandcamp page, Koncar says of the 15-track album, “The name of the album is a reference to something very dear to me that me and my brother shared. This whole album is dedicated to the passing of time. The lyrics are about death, childhood, gender, dreams, history, friends, memory and getting on.” It feels like a secret. It reminds me acutely of a split I uncovered several years ago, by Whatever, Dad and Jake Lazovick called 100% Take Home!/Good Morning. Whatever, Dad’s part is lonely, playful, lonely again, while Lazovick’s is brooding yet warm, and both remind me of Fantastic because they seem like something r. Candall Lark could grow to be. Their low voice, compelling guitar and banjo work remind me of Lazovick’s own baleful voice and meandering song construction.

It turns out to be a vessel for funneling many private subjects to the light—secrets about death, loss, friendship, gender, a mother, a father, the familiarity of places and the memories they make. In one of my favorite songs, “Monuments,” Koncar plucks a barren, tripping melody over and over while singing about someone they once needed, who they don’t need anymore, before finally concluding, “I know that you are gone / I know that I won’t be able  / To tell you what’s been going on  / You know nothing— your head doesn’t think anymore.” The song picks back up, ending with messy, rapid-fire twangs of directionless plucking— calm and a short release of chaos like a long, tired sigh. It took me a few listens to fully appreciate the emotion behind this straightforward and confessional album. In the way that it is dark but how Koncar is not consumed by that darkness. It’s a record, a diary, a reflection, and it is a privilege to be able to look inside. –Erin Moore