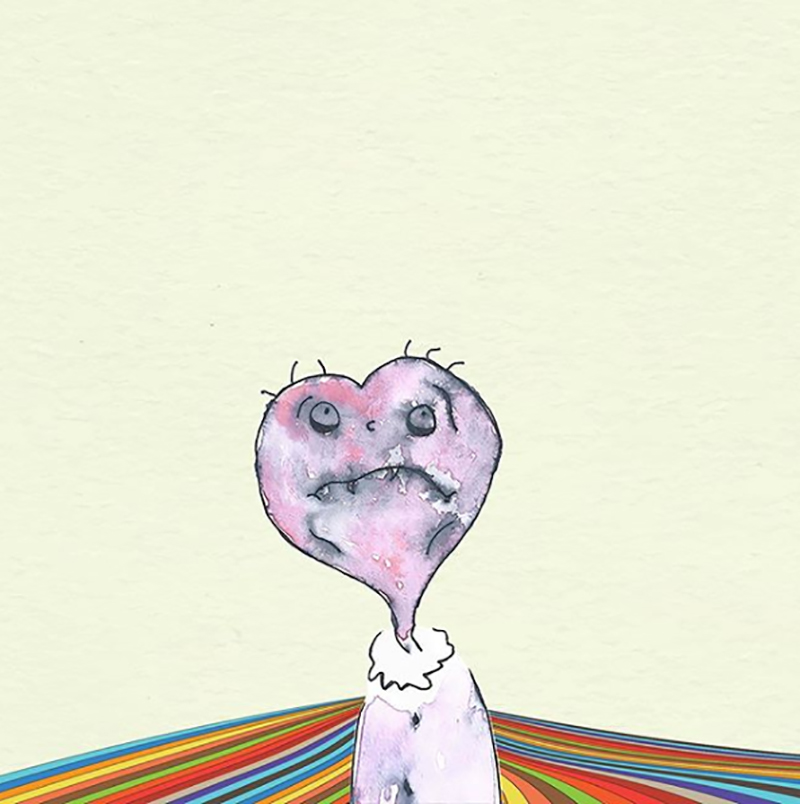 Ritt Momney | Her And All Of My Friends | QuarterZip

Local Review: Ritt Momney – Her And All Of My Friends

Ritt Momney
Her And All Of My Friends

Jack Rutter is a green 19 year old and already weaving troubadour tales of wisening faith exodus and heartbreak. Having formed the same spoonerism-titled band in high school merely for comedic effect, Rutter quickly realized he was not only losing his band to post-graduation LDS missions and his first serious girlfriend to college, but also the breadth of his young social identity. In response, Rutter self-produced his “bedroom pop” debut album under his formerly disbanded group’s moniker.

At first glance, the thirteen tracks on the album are beautifully (and somewhat expositionally) titled as a chronologic tribute to Rutter’s displacement of self. The album opens with extremely stripped-back piano and vocals, with apparently no mastering or post-production, bringing the listener into Rutter’s stark, darkly lit lone bedroom wherein he formed the album.

The following tracks begin to take on a more produced mashup of dour folk and subtle electronic and R&B aspects, especially notable in “Command V.” Rutter’s lyrics are truly bittersweet, with entreaties of need and attestations of quiet pessimism. Rutter uses charming little sonic tricks, including brief vocal warps, that make the tracks curiously playful while maintaining their underlying thread of depressive and sometimes downright hopeless tonalities. This juxtaposition makes Rutter’s debut album strangely joyful and appealing, even as it depicts stygian and isolating themes, a rather umami combination that seems especially zeitgeisty to contemporary pop music à la the Billie Eilish ilk.

Rutter lullabies the listener through the third act of the album with another stripped back piano ballad in “Paper News,” with his soulful voice just off in the auditory distance and hearkening ever so slightly to a mid-era Beatles demo. Track 11, “Wormwood,” is a shimmery indie treat with soft falsetto and fantastic, subtle synth patches and is a wonderful highlight of the album overall.

Her And All Of My Friends’s penultimate track “(If) The Book Doesn’t Sell,”  is a clear and visually rich treatise on his egress from religious identity, with yet another dash of hip-hop-informed, semi-spoken vocoder and ardent prose reminiscent of Sun Kil Moon. Closing track “III” returns to the raw, lonely-echoing room sound with an acoustic guitar and soft vocal layering that speaks to gentle resignation and hints of acceptance that suffuse the album. A single sustained organ chord bridge brings a fittingly gospel edge to the track as it begins to warp and layer and glitch until only Rutter’s voice echoes and the aural chaos resumes to his speaking voice and a sudden stop, leaving the listener with a sense of disorientation and groundlessness Rutter ostensibly experienced to inspire his songwriting.

Her And All Of My Friends is a strong addition to the local sound profile, with a level of transparency about highly relevant identity concerns for many of the local population. This is an album that won’t be a saccharine listen for anyone with similar lived experiences in all the best ways, and a tuneful little treat for anyone with tastes for acoustic indie with an R&B flourish. —Paige Zuckerman