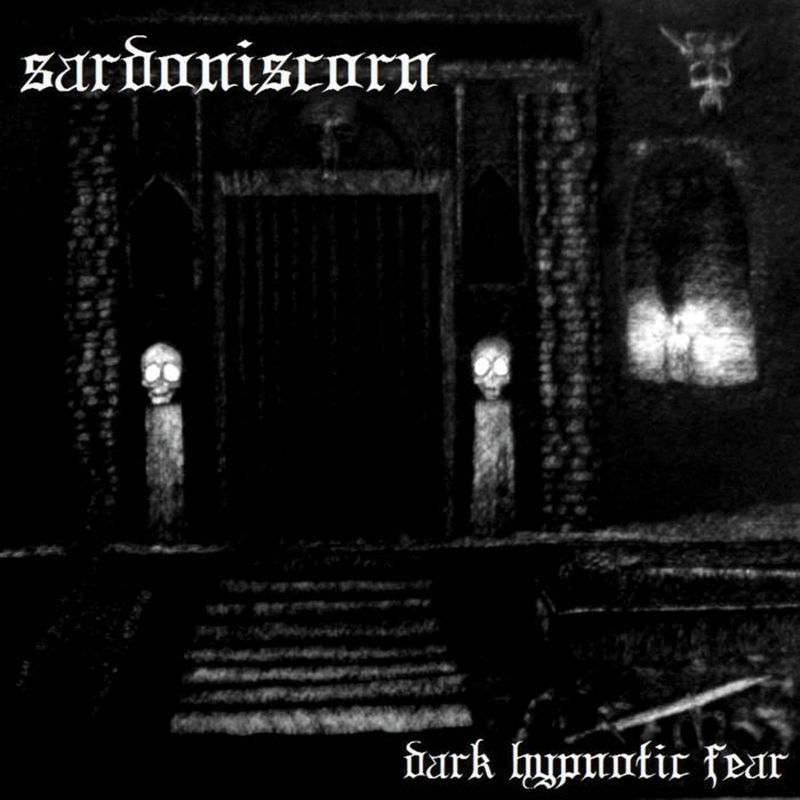 It’s difficult to find out anything about this project online. What we do find is that one entity is behind it all, there’s a Bandcamp where all their music is available free of charge (Thanks, Sardoniscorn!), and that the project has been releasing music since 2013. It’s a cool band name, too. The only problem is that for every search specifically for this project, 20 results for fan-posted videos of the song bearing the same name from Leviathan’s masterpiece The Tenth Sub Level of Suicide are going to pop up. I’m sure that Sardoniscorn aren’t hiding their direct allusion, inspiration and appreciation for Leviathan, however, as this project is unapologetically one-person, stale-air-bedroom DSBM.

Dark Hypnotic Fear, despite being bedroom DSBM, is recorded pretty well in terms of production. It has a touch of that signature wall-of-sound element that much of the music in this style exhibits, but all the instruments punch through enough to be distinguishable. Going from “Pestilence of Mind (Intro)” to the title track, it does seem that there’s some variance in the recording environment, which becomes evident when going track to track on the album as a whole. There’s nothing wrong with that, seeing as it adds that DIY, inconsistent charm that many of my favorite groups swear by. It gets a tad muddier: The drums have more of a human touch to them, and we get to hear the vocals (effect-laden screaming, which go up and down in the mix in terms of loudness), some moody keys that invoke a Xasthur-y feel and a pretty rocking, emotionally charged change of pace about midway through the album. The standout tracks, “Enslaved By Anothers Will” and “On Fragile Foundations We Stand,” showcase that the album and project aren’t things to be tossed aside or lumped in with the 10-a-penny DSBM bands moping around.

While a tad cliché in terms of style and song titles, Sardoniscorn is worthy of praise, especially for a local, one-person-does-all BM: skillful, dark and damn fine at getting the depressing vibe going without making me yawn, with relistening value to boot. I’m picky as hell with local music, and I daresay, I’m down as shit. I’ll even go ahead and give this my coveted seal of approval. Well done. –Alex Coulombe