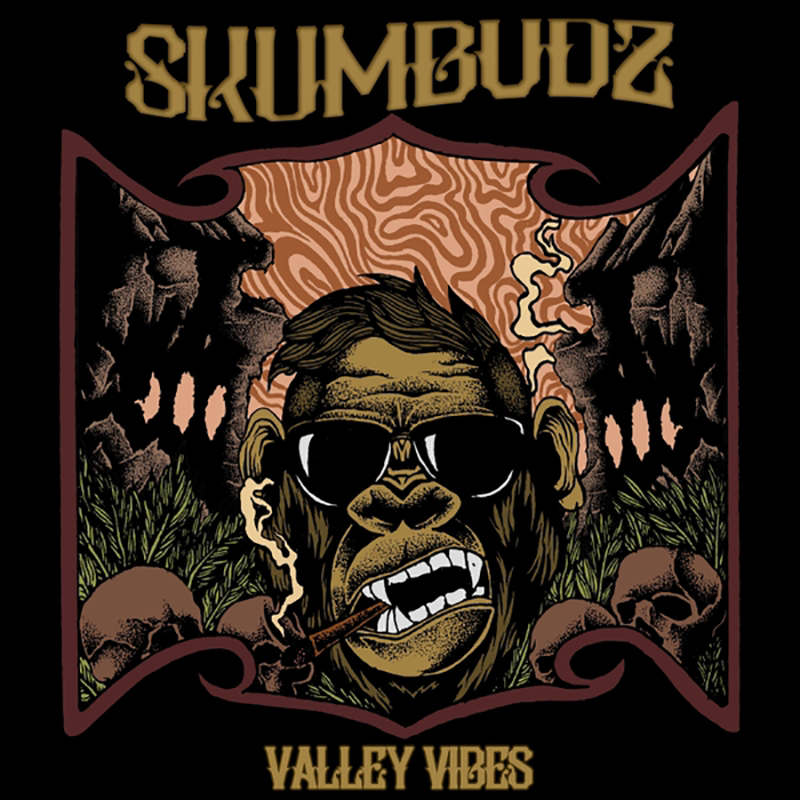 Skumbudz are a local band formed in 2017. According to their SoundCloud bio, the three-piece group initially started with lifelong friends Kade Long and Colin Sheffield. The duo was inspired by “skummy” behavior, which led to the creation of the band. Soon after, Christian Shupe joined and Skumbudz was complete. The trio produce a genre-bending sound with their music, allowing a wide range of listeners to enjoy their songs. Their debut album, Valley Vibes, gives listeners all the vibes they could ask for.

The opening track on Valley Vibes is full of surprises. “Take a Stand” begins with repeating guitar harmonics, making the listener feel as if it’s building up to something. Shortly after, a sharp drum line kicks in, adding another interesting layer. By the time the electric guitar comes in, the sound changes as the song becomes a driving and exciting track. It eventually shifts gears a little toward a heavy reggae feel as the bass guitar comes in. It may seem like this song is all over the place, but it all fits together so well. If there’s anything that describes the song well, it’s that it just vibes, like the name of the album implies.

This intro song is high energy, but as the album moves into the second track, “Walnut Tree,” things slow down a bit. The strummed guitar at the beginning of the song will make listeners feel as if they’re on a pleasant walk, taking in some nice scenery. The lyrics fit with this mood, with Long singing, “As I sit beside the walnut tree / I can see, I can see, I can see, yeah / This type of energy will set you free.” The song is calming and sends a message that things are going to be OK.

From here, Valley Vibes picks up and has more energy. Later on, “Sound Junction Highway” gives listeners a heavier take. There are still reggae influences here, but there are also more driving guitars with screeching solos at the beginning. The band is able to use different elements from genres that mix together well. It doesn’t sound as if the music was put together carelessly—Skumbudz do a good job not only playing their music, but coming up with a way to incorporate all of the different genres they enjoy into their unique sound.

Valley Vibes comes full circle by the end with “Golden Eyes.” This acoustic track has a personal touch to it, with some audio of the band members talking before playing left in the song. This allows the listener to have a connection with the music, as if it’s being played just for them. The song starts with Long singing and playing acoustic guitar. At first, it’s a standard strumming pattern, but as the song progresses, he throws in elements of the funky/reggae strum patterns we see throughout the album.

Skumbudz manage to take listeners on a musical journey with Valley Vibes. It blends together a variety of genres to make something unique. It’s good for when you’re feeling excited, or for when you just want to chill. Overall, the group has a great sound with this album. –Emilee Atkinson