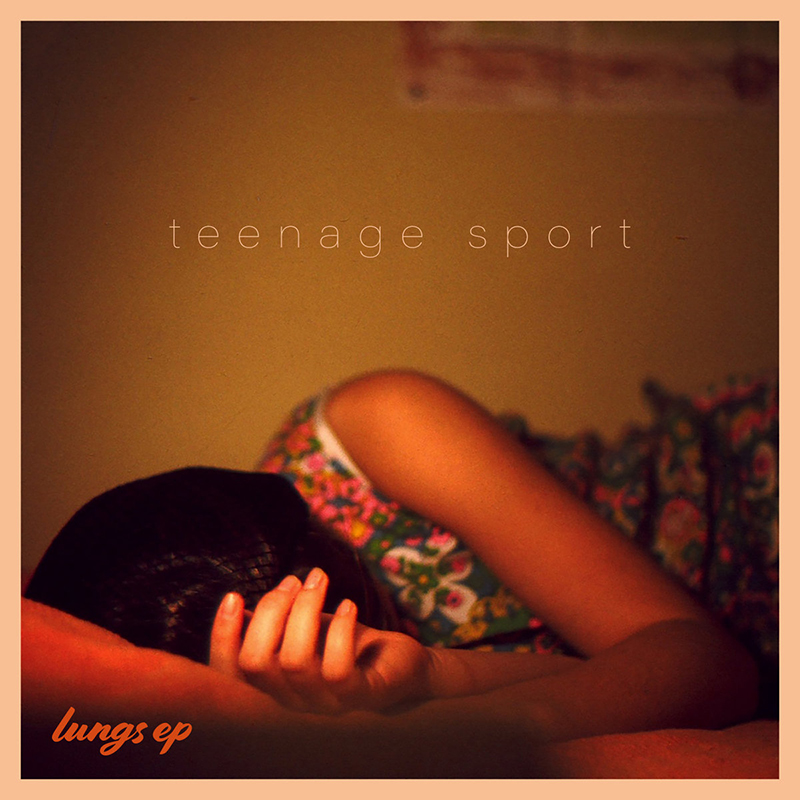 It’s nearly impossible to find local band teenage sport online because when Googling “teenage sport band slc,” all that shows up are KSL articles about teenage sport camps that have happened this summer. Though this makes them a little difficult to find, luckily their music is up and available on Swoody Records’s Bandcamp page. For a band with such earnest, honey-hearted motivations, “teenage sport” seems like a placeholder name while they figure out how to be who they are with a straight face. In the meantime, this record delivers a heavy dose of wonder, the kind you have when you’re young and discovering things for the first time, bundled up into fairly neat little songs.

That’s what they seem to be going for, anyways. Davin Abegg and McKenzie Smith switch offf vocal duties, crooning to themselves, introspective. On the first song, “Lungs,” Smith sings as though mantra-leading “Close your eyes / Let the drums fill the space / Though your heart is gone / You can focus on your lungs.” Toward the end of the song, with slight acoustic build behind their voice, they go on to sing, “This is how we learn how to live for more than words and yesterdays.” Continuing the self-revelationary theme with “I Try,” Abegg sings with a scratching and sincere voice, “I try to make it through the day without wanting to fade away / I try—sometimes it’s hard to.”

Each song follows along these lines. Sometimes it feels slightly melancholic, but all still lifted by little moments of atmospheric weirdness, such as the UFO-esque laser sounds whispering in the background on “Before We Vanish.” On “Trying to be Lonely,” piano pulses with the same timbre of a parlor piano as Smith sings about someone looking for love, or heartbreak—or both—only to realize that she’s “just trying to be lonely.” The album is a good one for those who love sincere and completely unabashed indie, full of the simplicity and authenticity of youthful self-discovery. Lungs is flushed with the big feeling of realizing how small you are, and the music itself is comparably small, a little answer from little humans to the big universe. –Erin Moore