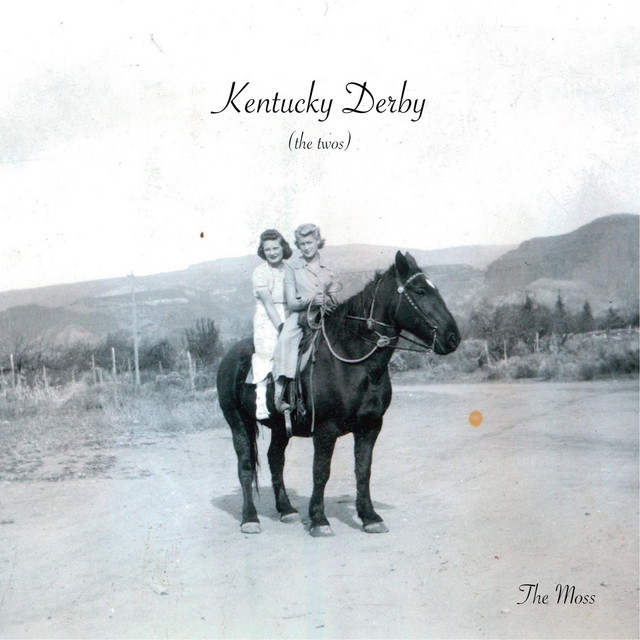 What do you think of when you hear the word “derby”? Horses? What about Kentucky? Cowboy boots? Whatever words come to mind, they’re probably far from the words “vulnerable,” “passionate” and “authentic,” which are just a few of the adjectives that come to mind when listening to the moss’ newest album, Kentucky Derby.

The Utah band, composed of Tyke James (lead vocals/guitar), Addison Sharp (rhythm guitar), Willie Fowler (drums) and Brierton Sharp (bass) released their sophomore album back in January of this past year, but not in the usual way. Instead of a debut album that came out in one single drop, the band spaced out their releases by only dropping two songs at a time (which explains “the twos” parenthesis below the album title). The method, while unconventional, put an emphasis on each song and left listeners wanting more. On April 23, the album was completed with the songs “Tell Me” and “Finish Line,” both of which worked together to perfectly punctuate the album.

Granted, confusion is the appropriate emotion to feel when looking at Kentucky Derby’s song titles. One would think that the horse theme would be prevalent after reading titles like “Secretariat” and “Fifstyshadesofhay,” but after spending a good chunk of time trying to draw a line from horses to the emotion the album evokes, I feel confident in saying there is absolutely no connection between the two—which makes it even better if you ask me.

Instead of finding horse references, the listener discovers heartfelt songs about unrequited love, heartbreak and the turmoil of relationships as a whole. The lyrics are cyclical in the sense that they are thoughtfully reused to help tell the listener a story—like the motif of the “pretty flower” that we hear in both “Fiftyshadesofhay” and “Finish Line.” The latter being probably my favorite on the album, it starts with a rhythm that is similar to the infamous Friends theme song, but as it continues to add more musical elements, it turns into its own beast—in the best way, of course. The song also has a mysterious sound that urges the listener to keep listening. It’s as if the melody tells the story as much as the lyrics do which makes it, arguably, the most poignant song on the album.

I digress—back to the “pretty flower.” With this image, the band could be talking about a woman, friend or lover, but whoever it might be, it is clear that one of the bandmates has a deep compassion for her and her struggle with self-respect. Another example would be James’ incessant pleas for his intended listener to open up emotionally. We can assume that he is referring to the formerly mentioned “pretty flower” when he says, “Tell me all your secrets I won’t let them out,” in the second to last song on the album, “Tell Me”—this song is also a prime example of James’ beautifully raspy voice, oddly reminiscent of Steven Tyler. He previously brings up the phrase “tell me” in the third to last song on the album, “(Haunted) Basement.” These connections between songs help the audience to tune in to the message the band is trying to send.

Beyond the emotional lyrics, Kentucky Derby doesn’t sound half bad either, thanks to James’ raspy voice, Sharp’s intricate guitar solos, Fowler’s rhythm and the bass that brings it all together. All in all, it is an album worth listening to and a testament to the creativity in music production each step of the way. –Theadora Soter