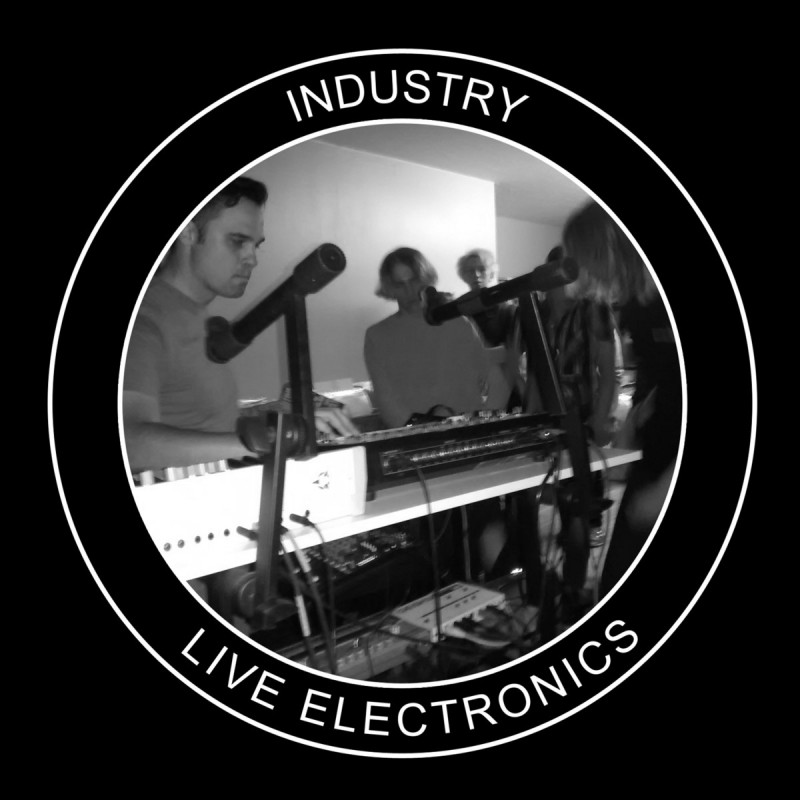 Industry: Live Electronics—sequel to 2014’s Industry—brings together 18 artists, representing newcomers and veterans alike, as a means of documenting the SLC electronic and experimental scenes. Hel Audio and Diabolical Records collaborated to produce this live album—with Diabolical providing the venue, and Hel Audio handling recording and distribution. My attention was immediately piqued by the prospect of a live electronic album, an unequaled documentation unfolding before my ears, but since the album was “recorded straight from the mixing board,” the live antics, audience and atmospheric sounds we’ve come to love from live albums like Get Yer Ya-Ya’s Out! by The Rolling Stones and Blink 182’s The Mark, Tom & Travis Show are lost, save for a couple numbers. The choice to value sound quality over organic presentation is one that I feel obligated to question in a live album.

The above criticism aside, when the Hel Audio gang gets together, dark, grooving, idiosyncratic sounds are born, and I’m for it. Industry: Live Electronics opens with “Reptilian Software” by RS2090—a fairly polite song concerned, mainly, with maintaining a level of comfort in its glitches, throbbing beat and space-warp sounds; it does not peak, nor does it feel obligated to. Tracerpop’s “Transit”—working much within the same sonic spectrum as its predecessor—perfectly encapsulates a dancy, hat-and snare-driven pulsation. “Ride,” by UTA Trax, has a slightly unhinged sound rocking—think a creaking rocking chair—over a hypnotic, fun and fast-paced chord progression. The succession of Big Club’s “Bandana On,” Angel Magic’s “Not in Love II” and Witch1990’s “Hong Kong Acclamation” represent my favorite section of the compilation—a little noisy, a little experimental, wholly captivating. The album closes with “Untitled” by Braeyden Jae, which represents, rather neatly, his particular brand of wind and ambient washes—it also contains the harshest noise on the album.

And let me clue you in on some Wizard of Oz / Dark Side of the Moon secrets here: Try listening to this album while watching 1940s The Devil Bat, starring the eternal Bela Lugosi; Ed Wood’s 1959, infamous classic, Night of the Ghouls; or 1961’s The Beast of Yucca Flats on mute. You’re bound to see something peculiar.

Industry: Live Electronics may be a bit too much fun for a neo-goth dance party, but hell!

It couldn’t hurt to try—I think I might –Z. Smith