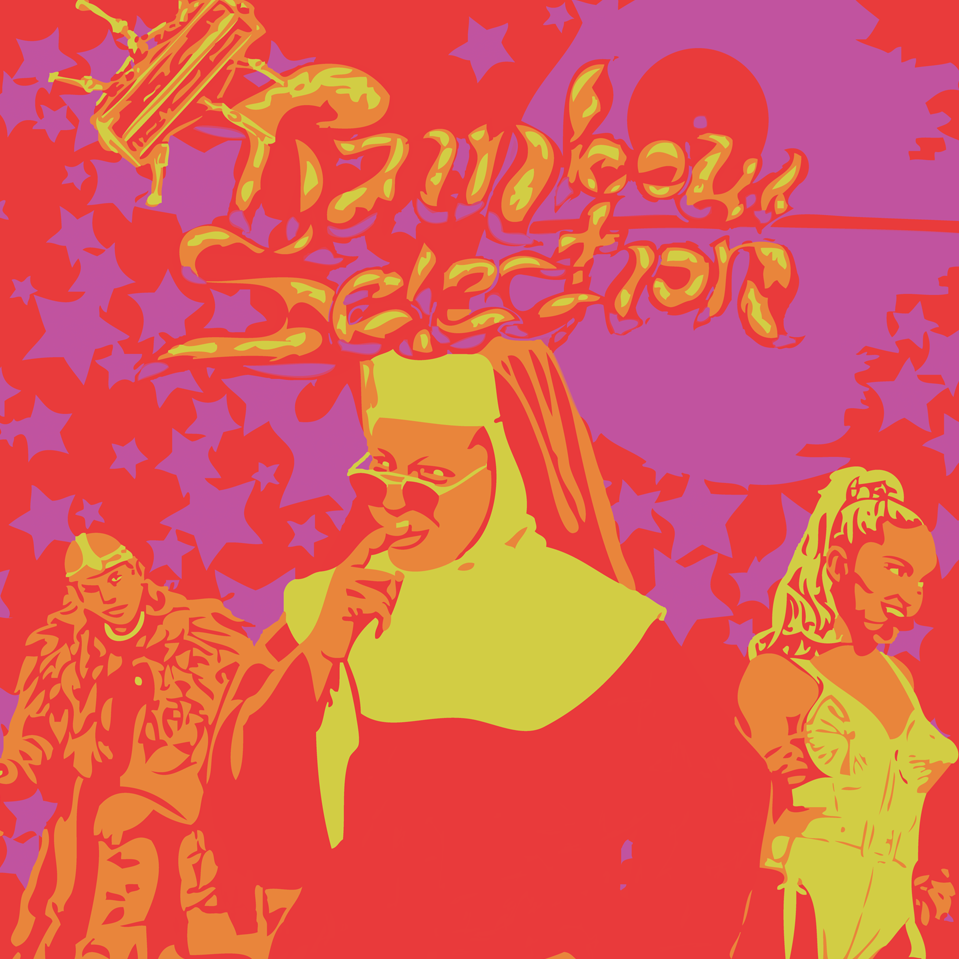 VCR5’s (aka Joe Greathouse) latest release is part album, part music video and part instruction manual for getting the most out of your Korg ER-1 Rhythm Synthesizer. Rainbow Selection represents not only a two-disc compilation of different songs culled from Greathouse’s comprehensive collection of VHS films, but also a tutorial to show those familiar with the ER-1 how to do what he has done. The DVD is packaged with an instruction manual that explains how users can hook their ER-1 up to their DVD player to sample any one of VCR5’s 28 songs. While it’s definitely useful to those dabbling in any one of techno’s musical subgenres, the actual artistic merit of Rainbow Selection is fascinating in and of itself.

Once the DVD is up and running, an acid-washed grid of barely recognizable pixelated portraits dominates the screen. With the look and feel of the character selection screen from Capcom’s Street Fighter II, the menu urges you to pick one of the many faces staring back at you. Each portrait represents Greathouse’s musical take on a character from pop culture history—Tone Loc, Judy Garland, Luke Skywalker and many others make an appearance.

My first selection was “Burglekutt,” a name that huge nerds fans of fantasy films like Willow will definitely recognize. After a small video intro, the song launches into a hyperactive splice-up between music from the film and VCR5’s chiptune madness. Each different character delivers a similar musical profile, with some more successful than others. VCR5’s meditative style gets the best of him on tracks like “Anakin Skywalker,” which broods on a small handful of musical tones without much variance. Regardless, VCR5 is somehow able to merge several different aspects of geek culture—video games, movies—into something that is new and exciting. Whether you want to expand your own techno skills or are simply in need of a psychedelic, nerdcore backdrop to your next get-together, VCR5’s Rainbow Selection is something versatile and unique. Hear VCR5 on SLUG Soundwaves, SLUG’s podcast, at slugmag.com/soundwaves. –Alex Springer