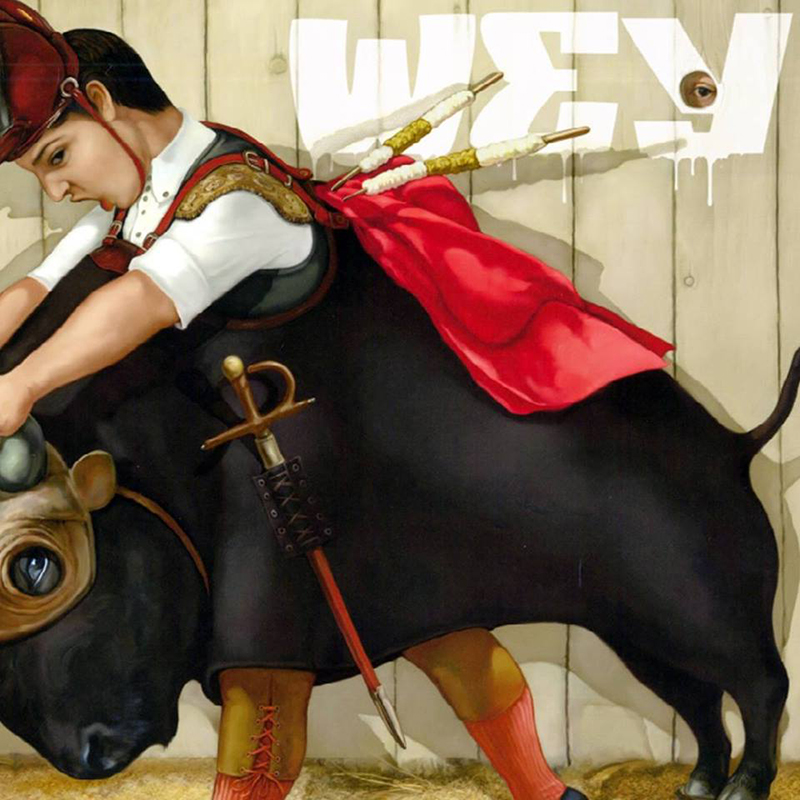 Defined by aggressive guitar fills and duet-style vocals over gritty, straightforward rock n’ roll, I initially wasn’t sure that Wey (a phonetic allusion to the Spanish slang for “dude”/”asshole”—güey) could accurately be termed as “punk rock boogie,” as they describe themselves. However, each time I listened, I became more and more convinced of the punk rock foundation that Wey are built on. Every song is energetic, well-mixed and in your face, with dynamic guitar solos peppered in—some of the solos are those featured on opening track “Ride” and “Return to Rome.” With the (awesome) album art featuring a Spanish bullfighting scene, “Castanets for Bayonets” definitely deserves a mention for being the somewhat unnamed title track of the album. It has the cheekiest lyrics, kicking off with “Without a doubt / My word is shit.” For me, “Adventuring” is one of the stronger songs on the album, with a wicked harmonic minor feel, especially when the guitar solo kicks in for the second verse over a syncopated rhythm. In an album where most of the songs feature steady rock and blues sensibilities, “Adventuring” is a monkey wrench that switches up the atmosphere, adds some variation, and gives Wey an edge leading into the second half of the album.

Randy Harward describes vocalist Spock’s voice as being similar to that of Jello Biafra, which is probably a comparison I would make myself. Pairing Spock’s voice with vocalist Anna Kennedy’s seems to soften out the edges in a very pleasant, melodic way, especially in “Bark.” That being said, I couldn’t help but feel that there needed to be only one vocalist featured on a few of the songs while listening to the album, as Spock and Kennedy are harmonizing over each other through a majority of the lyrics. Horns and keys sprinkled throughout the album, specifically in “Lowdown Shame,” lend some variety to the persistent, guitar-laden sound that Wey capitalize on. All in all, this album is a solid release for Wey, speaking to their strengths in songwriting and guitar work, and would definitely make for a mean live show. –Ali Shimkus