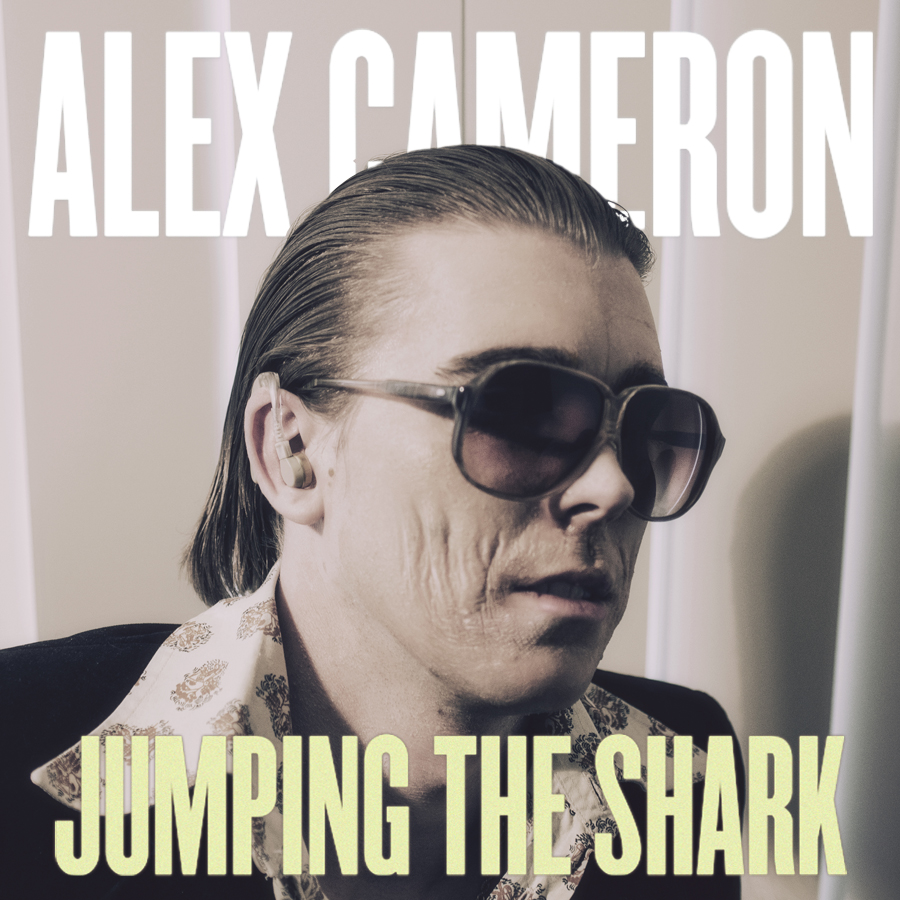 Alex Cameron, resident member of Sydney-based electronic group Seekae, adheres to a simplistic, understated musical approach in his first solo record, Jumping the Shark. While other electronic groups are approaching new material with a voracity for detailed synth layering, vocal looping and eclectic drum machines, Cameron pursues a musical trajectory within a much different school of thought on Jumping the Shark—and the result is an understated success.

The album opens with the Davie Bowie–esque track “Happy Ending,” a pleasingly disjoined electro-pop tune featuring the quirky synths of Gary Numan, which remain simultaneously fresh and untainted. The track never deviates outside of one or two synth taglines (and the occasional layered backing synth to provide substance)—but it works. Cameron’s breathy, Daughn Gibson–inspired vocals drift effortlessly over the repetitive electro-pop melodies to create a balanced, breezy song.

The following track, “Gone South,” pays surface-level homage to the musky, dirty vocals of Mark Lanegan while retaining Cameron’s signature primal, detached singing style. The track creatively incorporates chain-gang sound effects, sci-fi audio inserts and an unwavering tangent that dives into a deep, reflective (and some might argue dark) timbre casually interrupted by a high-pitched electronic bridge that fades into the track as seamlessly as it fades out.

The fourth track—and perhaps the most evocative song of the album—“The Comeback,” introduces a voracious vocal style more on par with Bruce Springsteen’s ’80s material (such as “The River” and “Tunnel of Love”). Heartbreakingly fresh, the song eventually begins to take on a structure similar to The War on Drug’s “Under the Pressure” as each subsequent synth builds beneath the energetically calculated vocals of Cameron. Layered, delicately single-dimensional and perfectly curated, “The Comeback” is perhaps the most quintessential ’80s electro-pop ode on the entire album.

The unapologetic “She’s Mine” follows, immediately forging a natural entry into dance-track territory. The song wastes no time picking up speed—despite its calculatedly slow introduction—as it rapidly mixes eclectic electronic samples, subdued albeit quietly impactful song bridges and a musical catharsis that you might miss if you aren’t actually listening for it. The track “Mongrel” also explores the same nonchalant, airy electronic rhythms while tastefully refraining from delving into electro-pop musical entropy. On the contrary, the beats, curated by Cameron, brilliantly circle curiously around both the drum machine and slight vocal distortion. The result: a song that’s curiously danceable, undeniably dynamic and brilliantly quirky.

The final track on the album, “Take Care of Business,” is a slow, barely there melody that dangles unassumingly as it drifts between pin-drop-sounding synths, druggy, stretched-out vocals and sporadic increases and decreases in volume. It’s the ideal ending to the album—slow-moving, saturated with high-pitched synths and vocals that seem to have taken a page out of Arcade Fire’s Win Butler’s book. It’s a sweet, concise closing track to the entire album.

Jumping the Shark is an anachronism within the electronic-pop music spectrum: It’s not a straightforward electro dance album, yet it’s not an experimental electro-pop album, either. On the contrary, Jumping the Shark exists somewhere between lo-fi electro pop and a casually indifferent approach to the genre that seamlessly blends the best of both worlds within electronic-pop music. –Kristin Porter