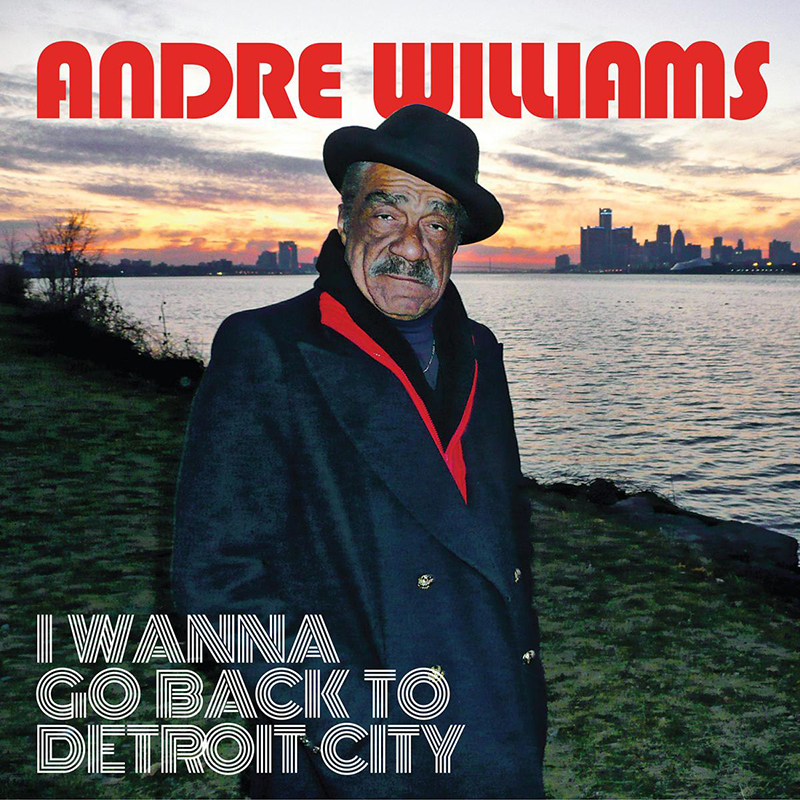 Review: Andre Williams – I Wanna Go Back To Detroit City

Andre Williams
I Wanna Go Back To Detroit City

Soul and funk are not for the faint of heart. It’s for the ever romantic rebel and the fiery lover. For decades, Andre Williams has delivered songs coated in funk-lessened riffs and soulful relevance. In his new album, I Wanna Go Back To Detroit City, Williams continues this trend by brilliantly displaying a keen ability to stylize his cool, nitty-and-gritty, bluesy funk. I Wanna Go Back To Detroit City echoes his impressive persona, defined by his smooth and charismatic voice. These are nine tracks that defiantly remind the listener of the proud strength, but sad state, of the once prosperous motor vehicle capital of America. As the record spins, listeners will easily find that Williams’ voice inspires nostalgia for the rustic and mighty Detroit.

Although I would certainly argue that this album boasts no filler, there are some tracks that hold over for me more than others. The rocking “Meet Me at the Graveyard” exudes groovy sexiness. “Detroit (I’m So Glad I Stayed)” is a brilliant anthem that faces the desolation of the city with a provoking yet funky sound that gives listeners shivers all over. “I Don’t Like You No More” is a fantastic blues tune that tugs on the feels. In “Hall of Fame,” Williams deconstructs his lack of any honorable mention by the Rock n’ Roll Hall of Fame. For god’s sake, this man has been making music longer than most folks have been breathing, so it might be time to give this 79-year-old his proper dues.

This is music that serves to remind listeners that the once mighty should not—and perhaps will not ever—be forgotten. Of course, I am referencing the signature tone and soul of Williams’ voice. It’s a sound that invokes feelings for an urban environment’s iconography. This funk is also remarkably sex-filled. It’s rough, but passionate. It tells the story of sorrow and expands on the necessity of longing—or rather, desire. I Wanna Go Back To Detroit City is not an album that channels abundant energy and keeps listeners jumping to a beat or rhythm section. No, this album moves its listener hip-to-hip with a significant other. Not fast, but slow enough to incite the fires of charged sensation. This is music to make love to.

Williams’ voice is the smooth cool of defiance in an age of uncertainty. His tone, while appearing moderate, is in fact booming in disapproval for the abandoned and discarded. This empowering sound creates a feeling that warrants late night strolls. This is soul that characterizes how one should view the world: with a new lens. This is particularly true when checking out the track “What Now?”

Be sure to pick up I Wanna Go Back To Detroit City. This right here is real music for real people. If you listen to and digest this album, you’ll know what I mean. —Nick Kuzmack