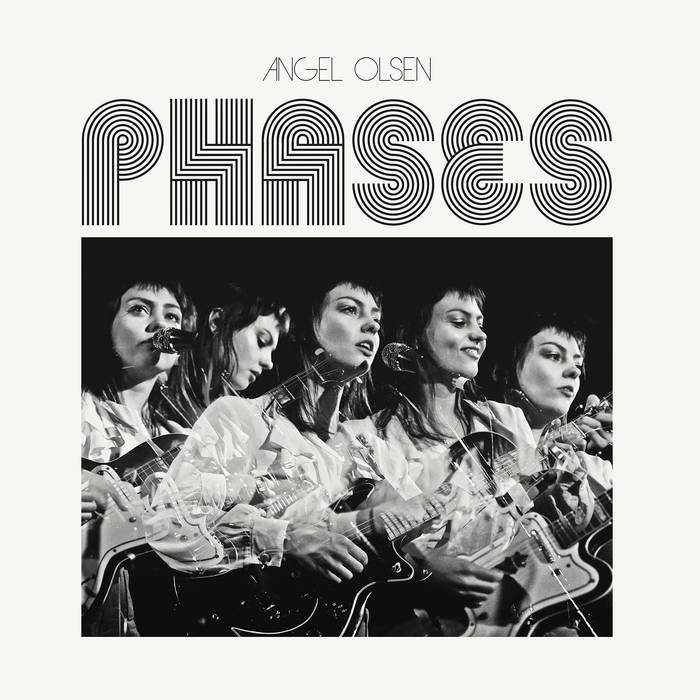 The aptly titled B-sides release from Angel Olsen, Phases, feels like a collection of passing moments more than a unified message. But if anything holds the collection together—and it is held together—it’s Olsen’s complexity itself. Throughout the album, it becomes increasingly apparent that Olsen holds these two forces within, a tidal strength that is felt and understood but only within the frame of her underhanded, lion-in-a-housecat’s-body way of singing.

This comes in varying levels of intensity, but the range of variations of this one idea is enthralling. In “Tougher Than the Rest,” the timidity of Olsen’s voice belies the content of the lyrics, which warn a would-be lover of what they’re up against as they try to find some affection in her. It’s not that she’s uninterested—it’s almost as if she doesn’t want to have to be as cold as she is. It’s this fragility that she feels toward others that has hardened her after too many times it’s broken her to feel that way. She lets her words sift out of her like a passing phrase at the end of a difficult but enticing night out—a taxi ride back to her place, where she warns you to stay away and then invites you up for a drink.

Olsen gets more playful on “How Many Disasters,” where she sings about someone with such familiarity that the feeling of an artist’s otherness, as opposed to being human, is shattered. In a way, it conjures up a feeling of a friend that’s known you for too long not to know how to see through a fake attempt at looking like everything is fine when it isn’t. The emotions are too real and complex not to be honest. It’s difficult not to notice this personal touch that stands to defy the monosyllabism of second-rate musicians.

Many of the songs are musically stark, with only a background stance to Olsen’s voice. Several tracks don’t include any other instruments at all beyond the lone guitar in Olsen’s hands. “Special” is a song that has the band playing along with this minimalism a little, but which slowly teases its way toward a bluesy climax. It’s nothing close to some of the more bravado titles on her previous album, MY WOMAN, but certainly more intricately produced than other songs on this release. Not tying the sound to any one set of requirements connects the title Phases to the range of Olsen’s discography. Each of these rarities are tied to a particular moment in Olsen’s progression toward who she’s become today, and while that progression never happened to be in the same place as the last, Phases gives some solid insight into how Olsen has stayed true to her own personality. It’s sexy and solemn and makes you want to be a little more real in the hopes that you could hold the attention of someone as intricate as Olsen, for a moment or two, if such a person ever crossed your path. Luckily for us, Olsen drops markers along her path in the form of music, and for those of us with less depth or attention, we can at least catch a glimpse of what it’s like to have a thought like someone who has taken on that role in life. Think of Phases as a loosely drawn map between those small and vibrant markers on Angel’s path between subtlety and strength. Her passion and her pain. A lion-in-a-housecat’s body. –Brian Udall