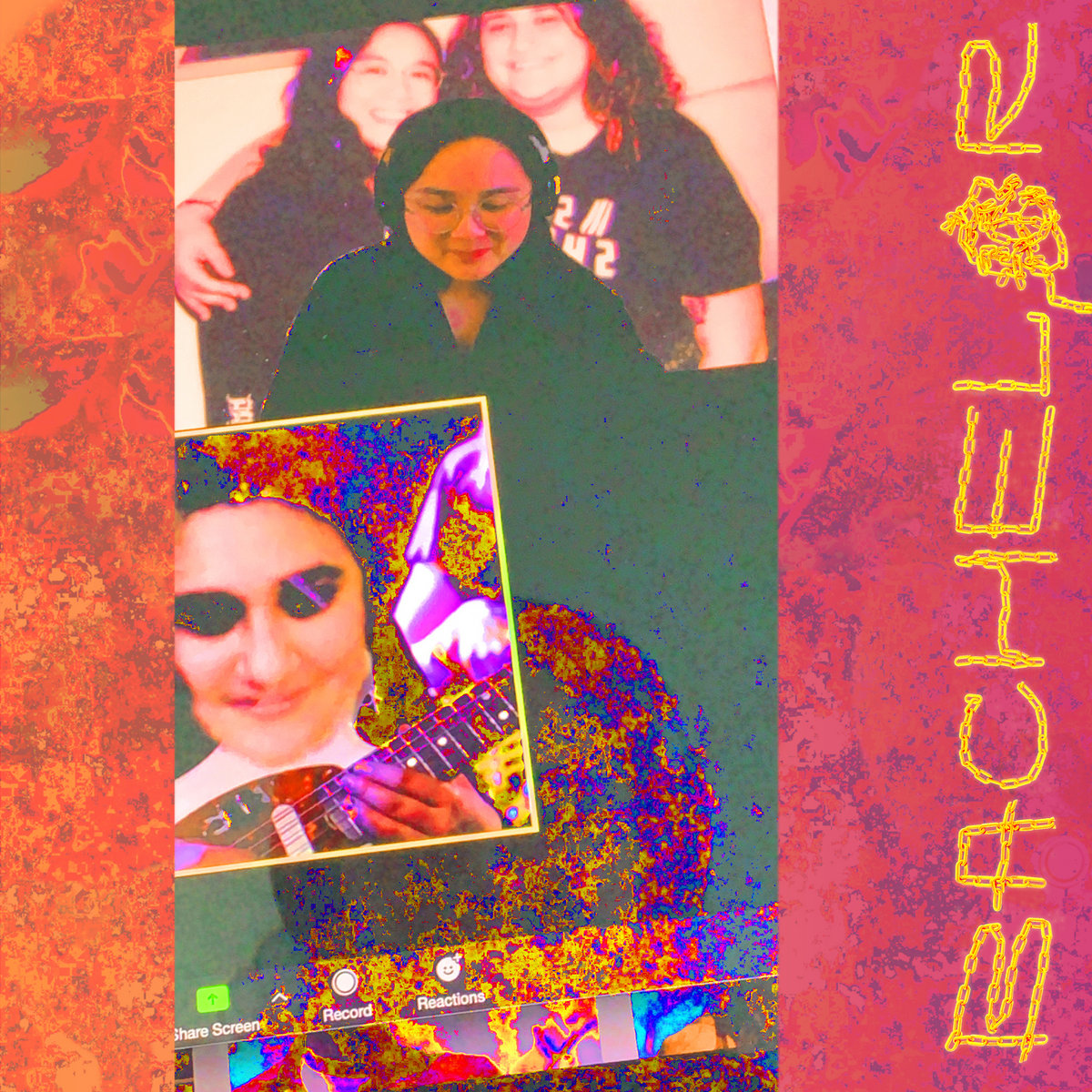 Bachelor is the new project from indie-rock musicians Melina Duterte (aka Jay Som) and Ellen Kempner (aka Palehound). The two creatives had been mutual fans for a while and came together early in 2020 to write, perform and produce this record. The result is an album that sounds exactly like what you would expect music between these two artists to sound like but is still somehow unpredictable.

The album opener, “Back of My Hand,” starts us off with an intense, in-your-face drum pattern. Something about the production really makes those drums hit hard, making the passage a powerful intro to the album. This percussion-heavy quality is a recurring theme throughout the record. Thinking back on some of Jay Som’s previous work, the drums were never lacking, but were nowhere near the production level they are at on some of the songs on this album. Guitars, vocals, keys and more have long been able to be fabricated up to pro-studio standards by “bedroom musicians,” but drums have always felt like a final frontier of sorts. I think Duterte and Kempner really broke through that on this album.

The first half of Doomin’ Sun alternates between high-energy bangers and more subdued and introspective songs. With its power chord-driven chorus and grunge-era chord progression, “Stay in the Car” is a Weezer-style rock anthem. This is immediately followed by “Went Out Without You,” which feels like a whispered journal entry driven by a staid acoustic guitar pattern over thinly scattered snare hits; the contrast recalls those Sour Patch Kids commercials where the candies are sour and then sweet.

“Spin Out” ushers us into the second half of the album with a combination of wall-of-sound textures and soft vocals reminiscent of Slowdive before Bachelor strips it down, quite drastically, to just an acoustic guitar playing the chords. This moves on to the first single off the album, “Anything at All” which starts with a somewhat ominous bass line that continues throughout as the duo dress it up with different layers.

The band makes a pit stop at the intersection of Elliott Smith and Yo La Tengo on “Moon.” A softly glowing guitar chugs along while the vocals—doubled and panned—float above it. This is the type of song you put on your date night playlist. A few years ago, Kempner made an appearance on the podcast My Favourite Elliott Smith Song where she goes into how influential Smith is on her as a writer. Once you understand that, you hear the connection in a lot of the choices she makes on this album. The honky-tonk progression of “Sick of Spiraling” and the finger-picked acoustic guitar in the album closer, “Doomin’ Sun,” are some of the most glaring examples of Smith’s influence on the project.

I’d really love to see more collaborative projects like this one in the future. This made me feel close to how I felt when I was 10 years old and Rugrats Go Wild came out. (That’s the crossover movie with the Rugrats and The Wild Thornberrys—not an episode, a movie.) Duterte and Kempner didn’t give us a song—they gave us a whole album, and I love them for that. Doomin’ Sun also showcases the growth Duterte and Kempner have achieved in terms of the quality of their production. The tools available to the musicians are part of the story here but the ability to wield them effectively is still worth recognizing. Listening to the current state of music, it’s becoming more and more clear that bedroom-pop can no longer be defined by its lo-fi sound. So what is it? Or is it no more?

Doomin’ Sun pairs well with buying about $15 of clearance candy with your best friend and eating all of it while you gossip in the parking lot about long forgotten and insignificant events from your high school days. –Arcadio Rodriguez