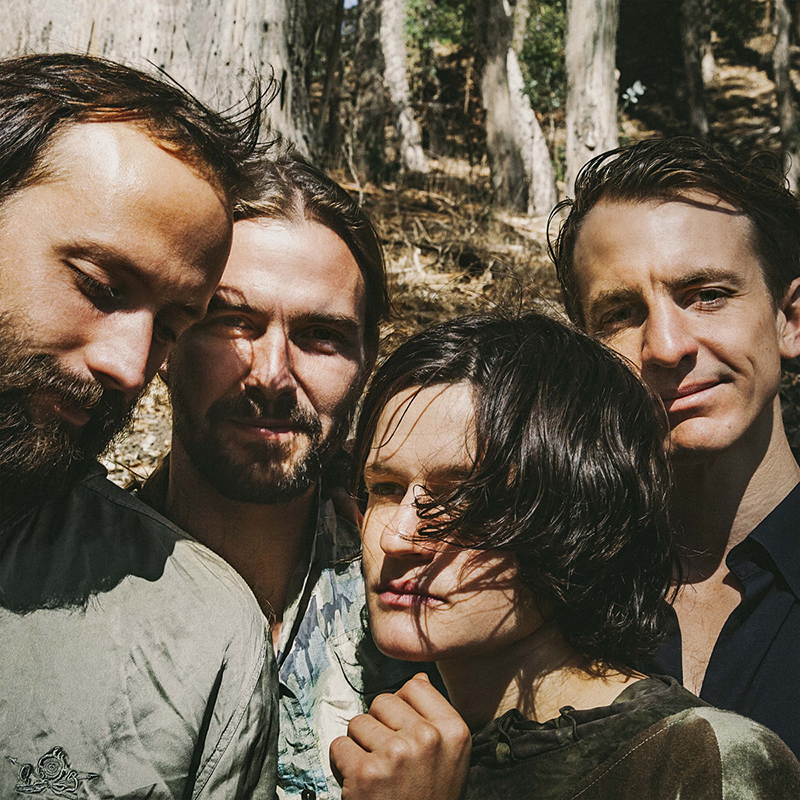 Big Thief, the Brooklyn-based-poetic-folk band, is absolutely crushing it. Their latest offering, and second of 2019, Two Hands, is simply stunning. I love this band and am a fan of everything they have done. I am impressed that both 2019 albums, May’s U.F.O.F. and this one, are as good as they are. That doesn’t always work out for bands, but it did here. It helps that the feel and tone of the two albums are different from one another. It also helps that Big Thief is of superior quality and skill.

Adrianne Lenker is such a beautiful songwriter. Her words conjure vivid, character-filled landscapes— evoking images that encourage me to listen closely. Her voice is a singular controlled trembling with subtle and stark inflections, a style found nowhere else in music today. I was into this album the moment she dropped her first note.

Two Hands wastes no time engaging the listener. The opener, “Rock and Sing,” comes in raw from the start, with intriguing lines delivered over sparse percussion and guitar by a powerful, deliberately paced, voice disguised as frail. Don’t be fooled by that disguise, Lenker can really lay it down, whether it be when she is harmonizing with others, like on “Replaced,” or carrying most of the weight by herself, as on the delicate and intricate “Wolf.”

Many of the songs recorded here, including the lead single, “Not,” won’t be new to folks who have seen them play or watched performances on the internet, as they’ve been played live before—some for years. But, hearing the studio versions is nice.“Not,” is a powerful song, anthem-like and unforgettable. The ending of the track culminates with the band jamming, sounding so in tune with one another that it’s obvious this group of people is tight knit.

“The Toy” is another track that has been played in concert. The way Lenker sings it in the recording here is mesmerizing. The first half of the album is a bewildering display of her range and style. Both “Forgotten Eyes” and “Two Hands” are stand-outs that punch you in the gut hard.  But, “Not” is where the second half of the album really picks up, giving you another barrage of impactful tunes. Repeat is going to be a must.

Alongside Lenker’s virtuosic contributions, the rest of the band brings first class musicianship. I find happiness in the guitar work of Buck Meek, whose 2018 self-titled album provides me with the very same positive emotional experience. There are a number of tracks here where he really carves the backbone of the song.  The drums are also deftly tapped, beat and pounded by James Krivchenia, who also worked on the album’s mixing. Rounding out the band members is Max Oleartchik on bass, heard throughout creating heartbeats, giving tracks a deep, underlying pulse.  Two Hands was produced by longtime collaborator, Andrew Sarlo, who has worked with the band through all of their releases. Together, Each of these folks have contributed to an album that both sounds familiar to fans and is fresh at the same time. The recording style here is bare, and brilliantly so.

Every track on the album grabbed me as I listened— some less tightly, sure— but nothing passed without my attention. That is a big deal to me, there is almost always a song or two (or three) that I end up just passing over—not here. Most albums that end up on my all-time lists get there gradually, after months of me not being able to shelve them. I can’t say for certain Two Hands will end up on any of my all-time lists, but it has that sort of potential. It flows from start to finish with highs, lows, dips and jams.

My quickly established love for Two Hands assures me that there is much more to discover via future listens of the album. I intend to pick it up on vinyl, with faith that more fresh experiences will be revealed through a turntable and speakers. It may just end up on lists I haven’t truly added to in a really long time. –Billy Swartzfager