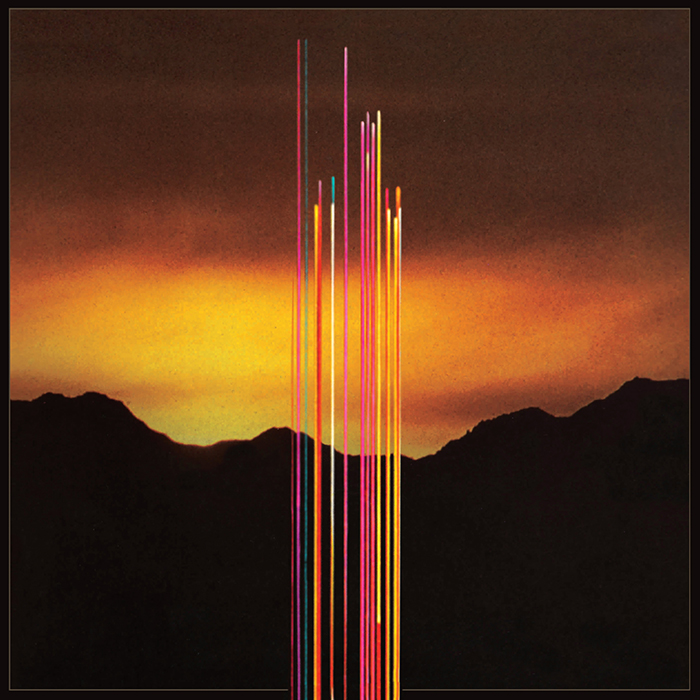 When I picked up Summering, I hoped that the music would be as colorful as the cover art: jumpy guitar chords augmented by equally choppy drum tracks; drum grooves that don’t quite make sense, but sound perfectly placed; and a precisely calculated experience that balances rhythms and melodies in a thick onslaught. Guitarist Adam Joyce and drummer Hunter Allen have indeed mastered all of it and more to create an assuredly colorful album. Summering is a mathy extravaganza, the type of which I haven’t heard since Total Bugs Bunny on Wild Bass, where every song tries something I’ve never heard before. These two know exactly how to accent each other, when to build, when to let the chords ring out, what fucking time signature they’re both thinking in and how to wrap it all up tight—The Bronzed Chorus don’t hold anything back on their latest release.

The Bronzed Chorus have a complex sound full of effects and voices. Make sure to listen to Summering with headphones or good speakers because a lot of the experience is lost without decent stereo setup; if you can’t hear everything at once, the album loses a lot of power. Lightning-fast drum licks, a pounding rhythm behind everything, countless melodies competing for the foreground—all of it demands attention. For half of the songs, plucky guitar riffs create the still surface of an ocean, out of which jump drum fills and thick chords. The other half start with sick rhythms and build with more and more syncopation, and then quickly switch the mood up to become dancy as hell. The tempo speeds up when things get intense, and the chaos that ensues is deep and beautiful.

While Summering only totals 40 minutes, I was convinced it was far longer. There’s so much material packed into that timeframe. Every time I listen through, I discover a voice I hadn’t listened to yet—and every voice communicates so distinctly that concentrating on each one individually changes the whole feel of the song. Every song sounds fresh, even when I’m unable to distract myself from Allen’s incredible drumming. There’s so much variation in every track, from time signature to timbre, that there’s always something changing. As a result, every song sounds alive with energy and emotion.

Countless drum fills burst out of the mix, perfectly spaced between tiny pockets of melodic action, which means that Allen has to get right to the point—he does. In the meantime, Joyce is layering melody after melody into a thick chorus. The star of the album, “Cowabunga, Ohio,” starts off almost 8-bit, but quickly transitions into a trancy drive ripe with layers of effects. Then, out of nowhere, the atmosphere clears, and a crisp series of guitar lines weave together in a warm groove before the song finally consumes itself in a glitchy outro. Every song is a roller coaster, and the ride is consistently interesting with more and more intricacies revealing themselves with every play-through.

This album has math rock written all over it. It’s a music based very much on an otherworldly feel—a consuming feel. It’s the kind of music that makes me want to play music. Joyce and Allen have so many fresh, fun ideas jam-packed into Summering. The Bronzed Chorus are masters of their sound—as if they are in tune with one another on some telepathic level. However they pull it off, this album is a worthy work of art with more than a handful of surprises in store. –Alex Blackburn