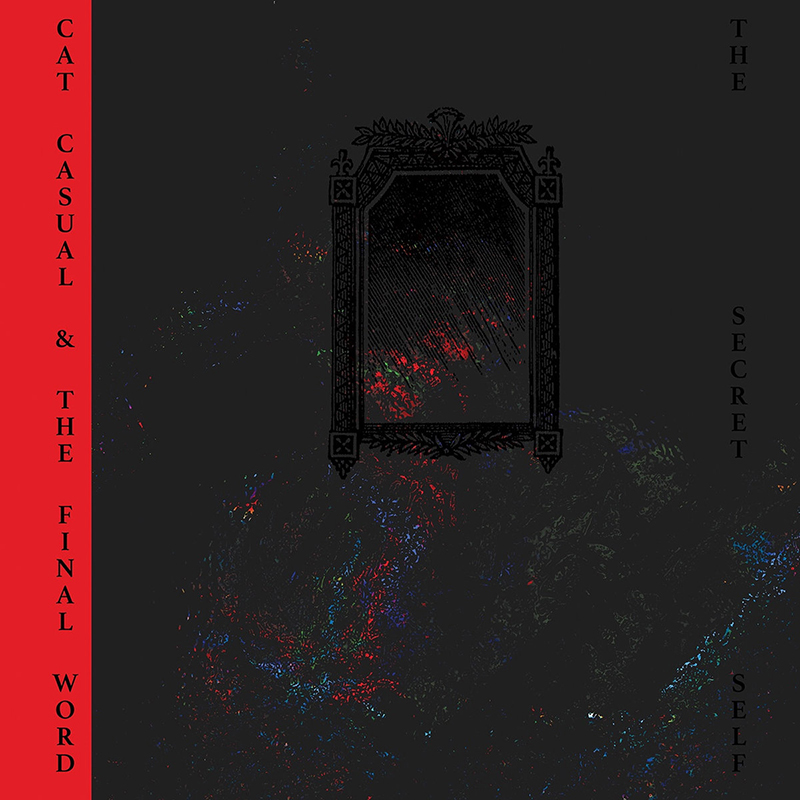 Cat Casual & The Final Word | The Secret Self | sonaBLAST!

Review: Cat Casual & The Final Word – The Secret Self

Cat Casual & The Final Word
The Secret Self

With phaser guns firing in the background, Moog synths out the wazoo and a solo sounding from a sparkling red Jazzmaster with a gold pickguard, Cat Casual & The Final Word deliver a kaleidoscopic sound on The Secret Self.

Since the band’s last release in 2017, they’ve managed to push their psychedelic effects to the next level. They’re extending the bounds of your standard distortion, overdrive, reverb and delay. Each effect on every instrument has some sort of zing to it at some point. There’s also many other effects just happening in the background (hence the phaser guns). I have a fantasy in my head that CC&TFW sat down to write and asked “What’s the weirdest sounds we can find?” However, they’ve also paired those sounds with a classic psychedelic rock song structure. This makes the album feel familiar enough to get down with while still being new enough to get groovy with it.

The Secret Self has some features to it that you don’t see every day. Generally, as the album rolls on, each track gets a slower tempo and a gloomier feel to it. You can find the groovier, more upbeat songs at the beginning and the softer & jazzier tracks at the end. This gives the impression that the album is meant to be listened to in the intended order, leaving the listener in a different mood completely than when they started. Another hint at this is the Kafka-referencing introduction track, as well as another track that serves as a sort of intermission called “Enter Mission.”

With this being said, the other types of tracks we have are authentic and versatile. You could argue that “Another One Bites the Dust” is to Queen what “Deconstruct, Son” is to CC&TFW. While a different genre completely, it’s the same kind of bass lick that’s written to make a crowd move. At the other end of The Secret Self you can find a track called “Honorarium” composed of a grief-filled instrumental line with a spoken-word poem floating over the top. The words are delivered in a dramatic way but written in a casual story-telling manner. The two songs are opposites and appeal to different types of moods, but they’re carried out with the same type of intensity and passion.

The track “Black Sun” is another slow tune that’s filled with an intense refrain and intense lyrics. Frontman William Benton (aka Cat Casual) sings “Black sun is bleeding / Black sun, you’re my everything / Black sun, why don’t you answer me? / Did I not give you everything?” He gives the “black sun” a connotation of a lover without saying who or even what that lover could really be. Hidden meanings like this one that are buried beneath the woodworkings of instruments are the lyrical theme throughout The Secret Self.