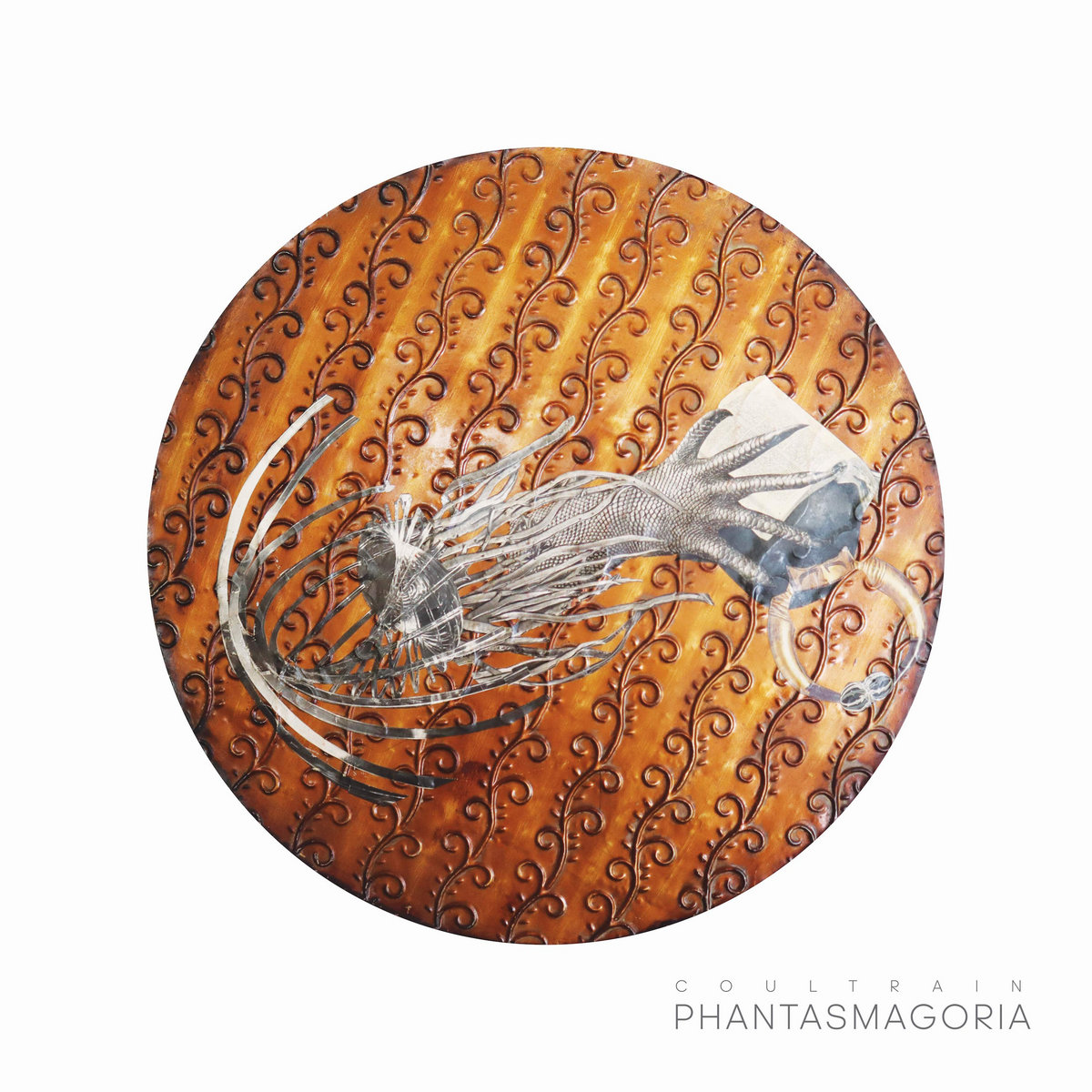 When Coultrain (the project of A.M. Frison) is brought up, there are many ways he has been described—“alternative R&B,” “left-of-center,” “boundary pushing” and “avant soul,” to name a few. But when looking at the release of Phantasmagoria, it’s safe to describe Coultrain as a true visionary of the limits that genres like soul, jazz and R&B can be pushed to. Coultrain continues the experimentation with each of his releases but this time around has drawn back a bit on the prominent psychedelic-influenced elements featured in his previous album, Jungle Mumbo Jumbo, and seems to be leaning more toward a strictly R&B-influenced sound on Phantasmagoria.

Disjointed synths and a lowkey bass line perk up at the album’s opening, signaling the beginning of “St. Solitude.” Just as soon as you allow the accompanying vocals to settle with you, the track’s last synth note is already fading out. Immediately following, quiet sets of plucked strings fill the hypnotic wubs of a synth loop as “A Very Moment” builds toward its vocal entrance. With a heavy jazz influence, the beat features disembodied synths and keys backing slightly distorted, R&B-style vocals, a feeling reminiscent of early OFWGKTA tracks. With a drum kick–led beat and dreamy synths, “The Straw Man” has a very uneasy build up, though it starts to mellow as it approaches the halfway point, with bass plucks bridging the gap between the vocal and beat elements.

Mellow and a bit spacey in its execution, “The Pact” is one of the more “buttoned-up” tracks on the album, as its vocals play so smoothly with the bass and mid percussion. “The Pact” gives this nice break from the more chaotic nature of the album’s opening tracks. Keeping the more mellowed-out vibe, “The Essentials” continues Coultrain’s usage of mellow vocal and percussion delivery, its synths taking more of a leading role compared to the bass-heavy former track. This track also featured the first rap verse on this album, which pairs with the tracks light rapid drum play and simplistic synth looping. “The Fall” opens with disjointed bass and percussion as keys start to sprinkle in. The vocals then enter, using a smooth and soothing effect that starts to melt into the track with the addition of crackly synthesizers.

Eerie in its atmosphere, Phantasmagoria’s title track is the start of an ominous shift in the tone of the album. The minimalistic use of instruments allows Coultrain’s vocal range to ring a bit further in this one, and the lyrics take center stage. Continuing with the darker atmosphere, “Counterfeit” creeps in with a skittering drum machine beat, dreamy keys and bass that slowly builds into a distant sounding groove track.

Phantasmagoria’s final leg begins with the heartbeat-thumping bass drum of “A Trip of War.” This track stands out for its chiptuned beeps and boops, paired with smooth vocals that possess an aching sense of longing. Following with a bit more energy is the jangly percussion and crackling vocals of “A Letter” that then burst into a funky drum beat. This move feels a bit all over the place but has a lot of danceability. Closing the album is “Famous,” a haunting track that shines with its use of soft vocals, gentle percussion and a ghostly ensemble of strings that fill the ambience.

Coultrain, though not a stranger to creating an avant style of genre bending, has really created something interesting here, leaning a bit more heavily on elements of R&B and hip-hop compared to earlier releases. There’s an uneasy feeling that is created when listening to this album—the music is comprehensible, but there is just something slightly off lurking in the tracks, like a self-aware piece of ’70s and ’80s muzak. This album is something that shouldn’t be passed by. It will truly create a unique and lasting listening experience. –Connor Brady